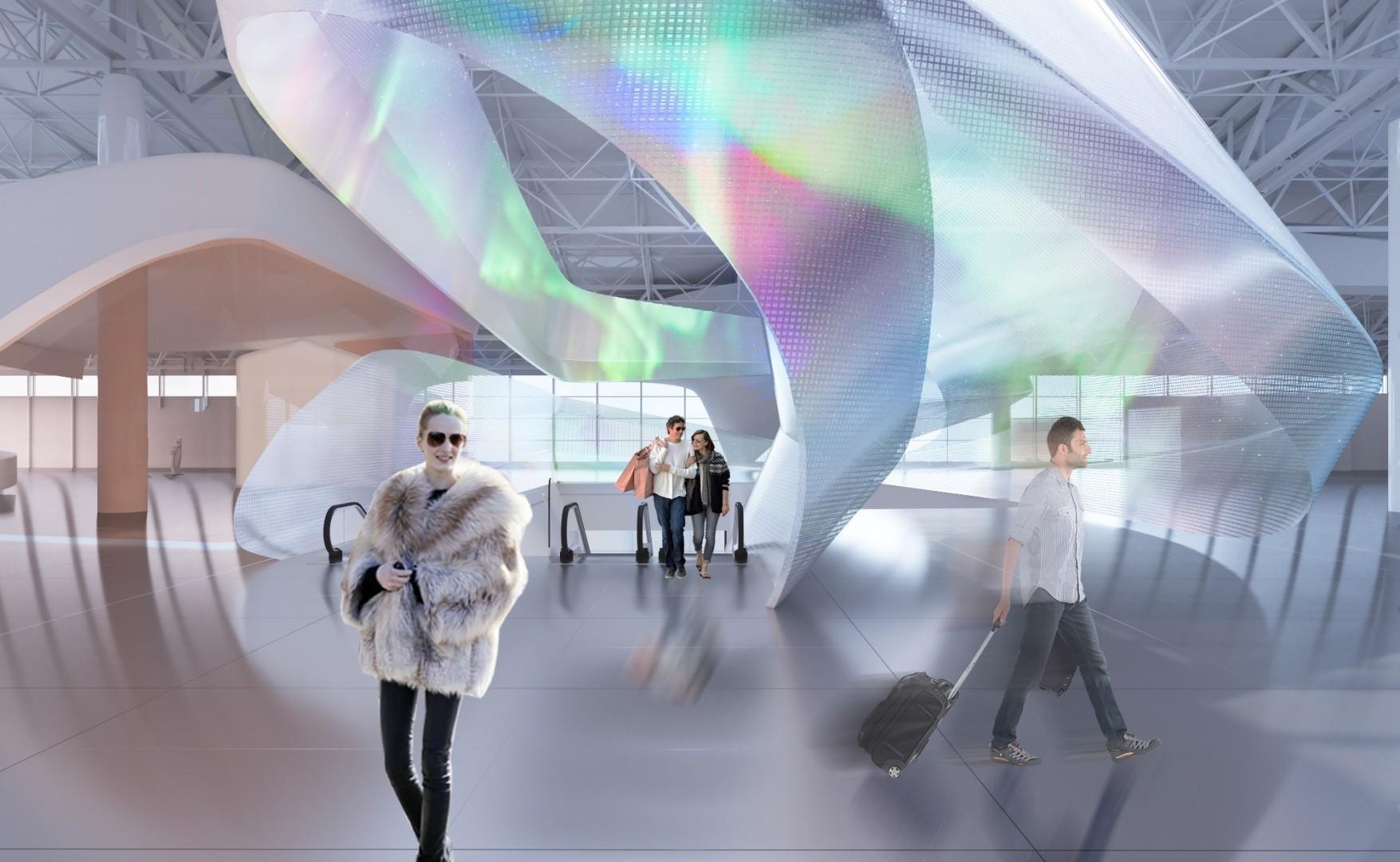 The terminal includes three main areas: check-in, shopping and boarding, the second one being the main for the investor, the architect's task was to make sure that passengers would not overlook the shops on their way from check-in desks to boarding gates. To do this, it was necessary not only to arrange the passenger circulation in a proper way, but also to create a relaxed and comfortable atmosphere. Probably, people feel most relaxed when they are involved in playing games, so the architects have added a huge kinetic art object made of LED-panels horizontally suspended above the check-in lounge. The installation is dynamic: the panels form a single plane-screen, while there they move to different levels, splitting the image into small pieces. It was decided to turn the shopping area into a scene from the Russian fairy tale “Morozko” (Father Frost). The authors’ main idea was that the airport is the gate to the country. They chose this fairy tale because it concentrates a lot of national identity, which visitors would immediately perceive. The outlets are styled as giant snowdrifts and ice kokoshniks (kind of head-dress worn by Russian women in old times) with embroidered patterns, and the low screens surrounding the waiting areas look like hoarfrost. Thus, the project authors created an alternative to the well-known set of “sauna, vodka, accordion and salmon” having shown other characteristic images – interestingly conceived and beautifully implemented. 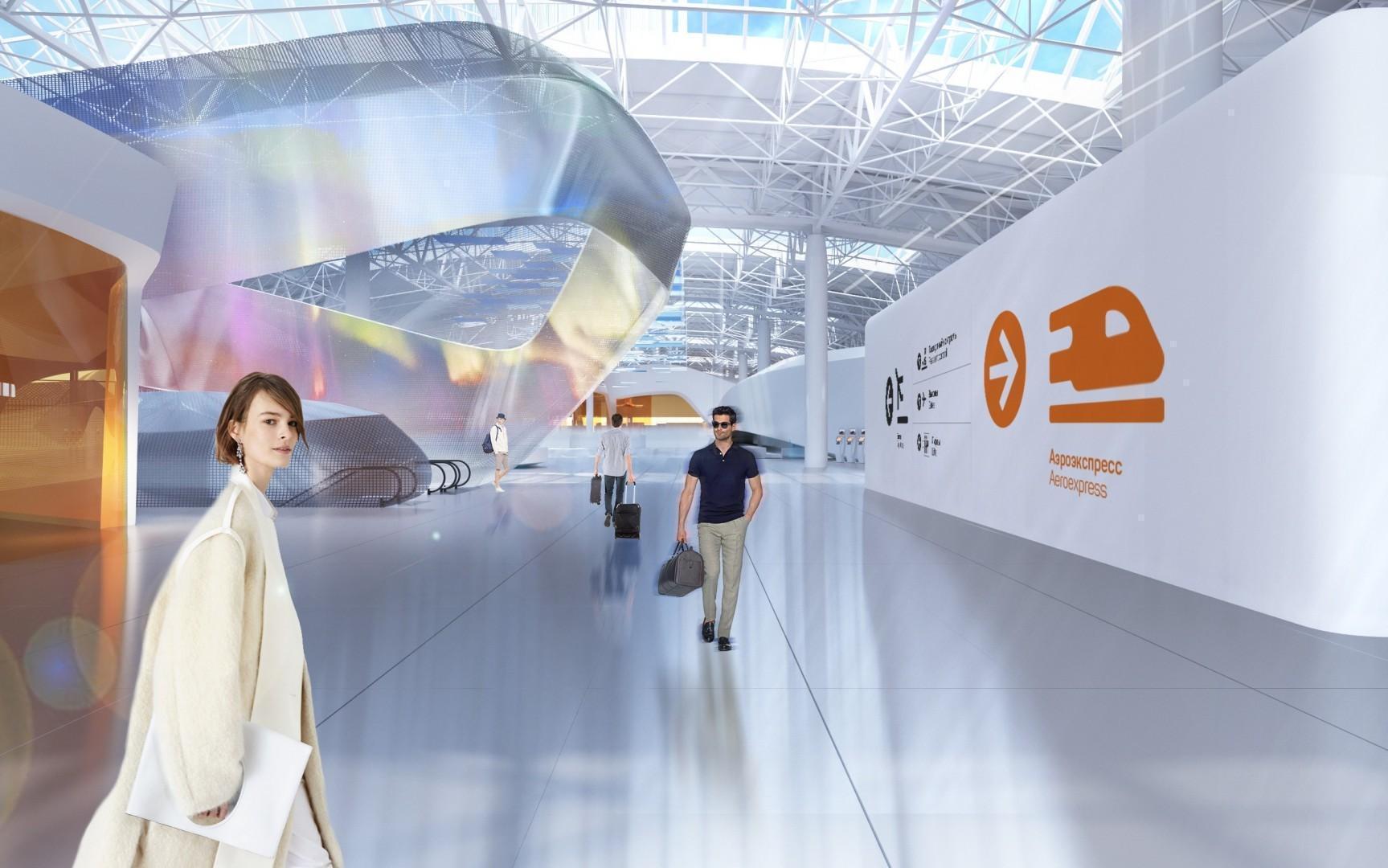 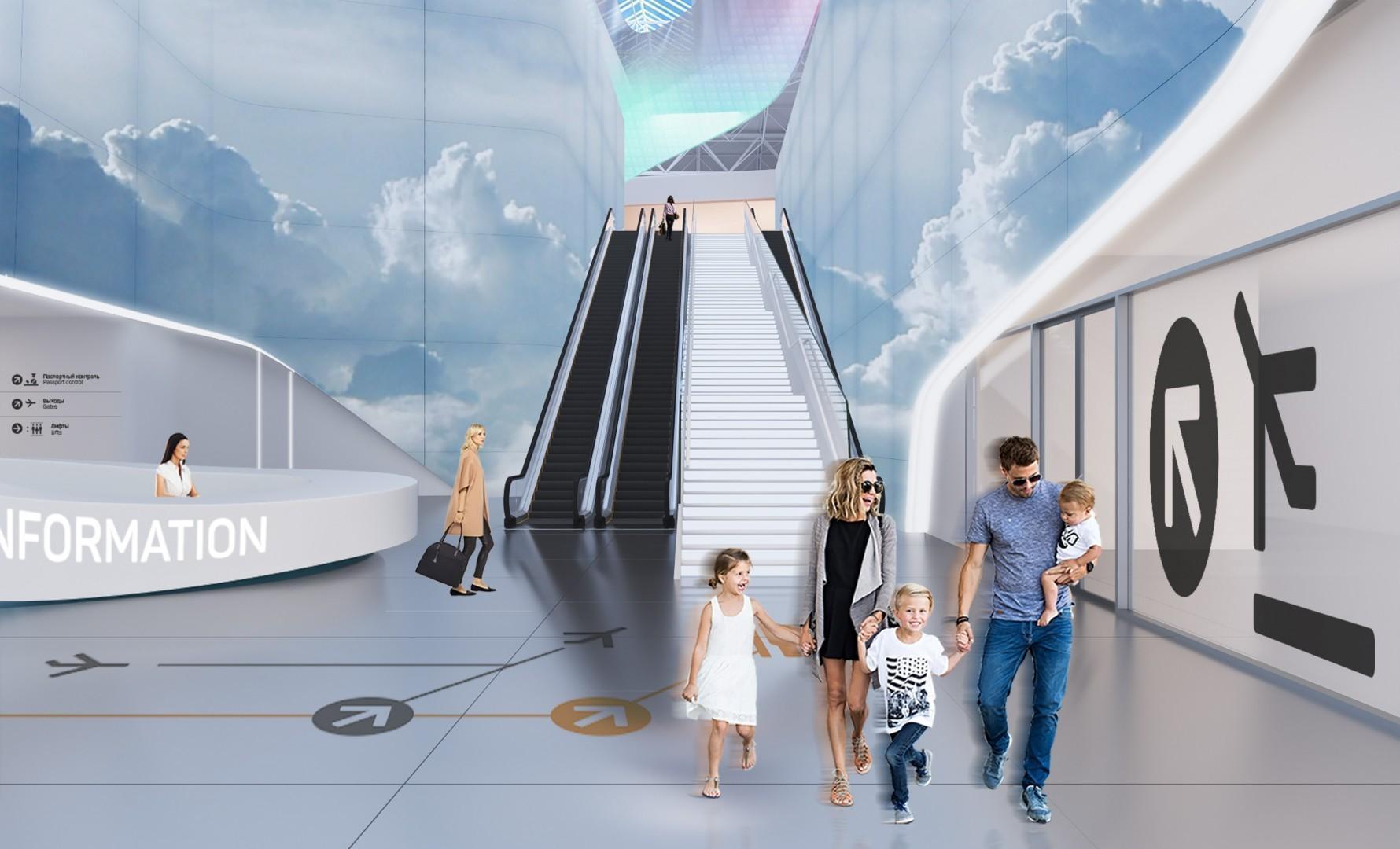 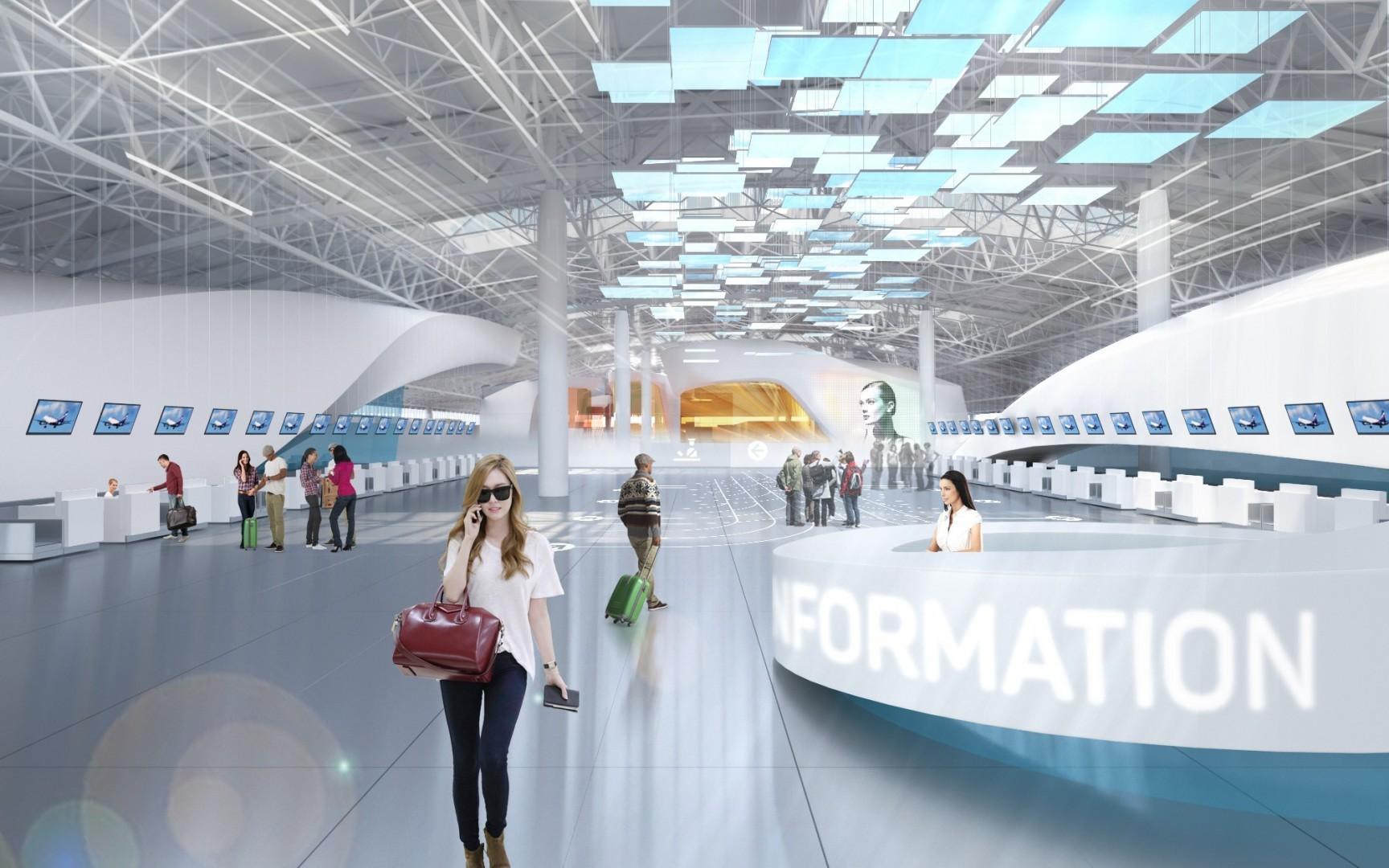 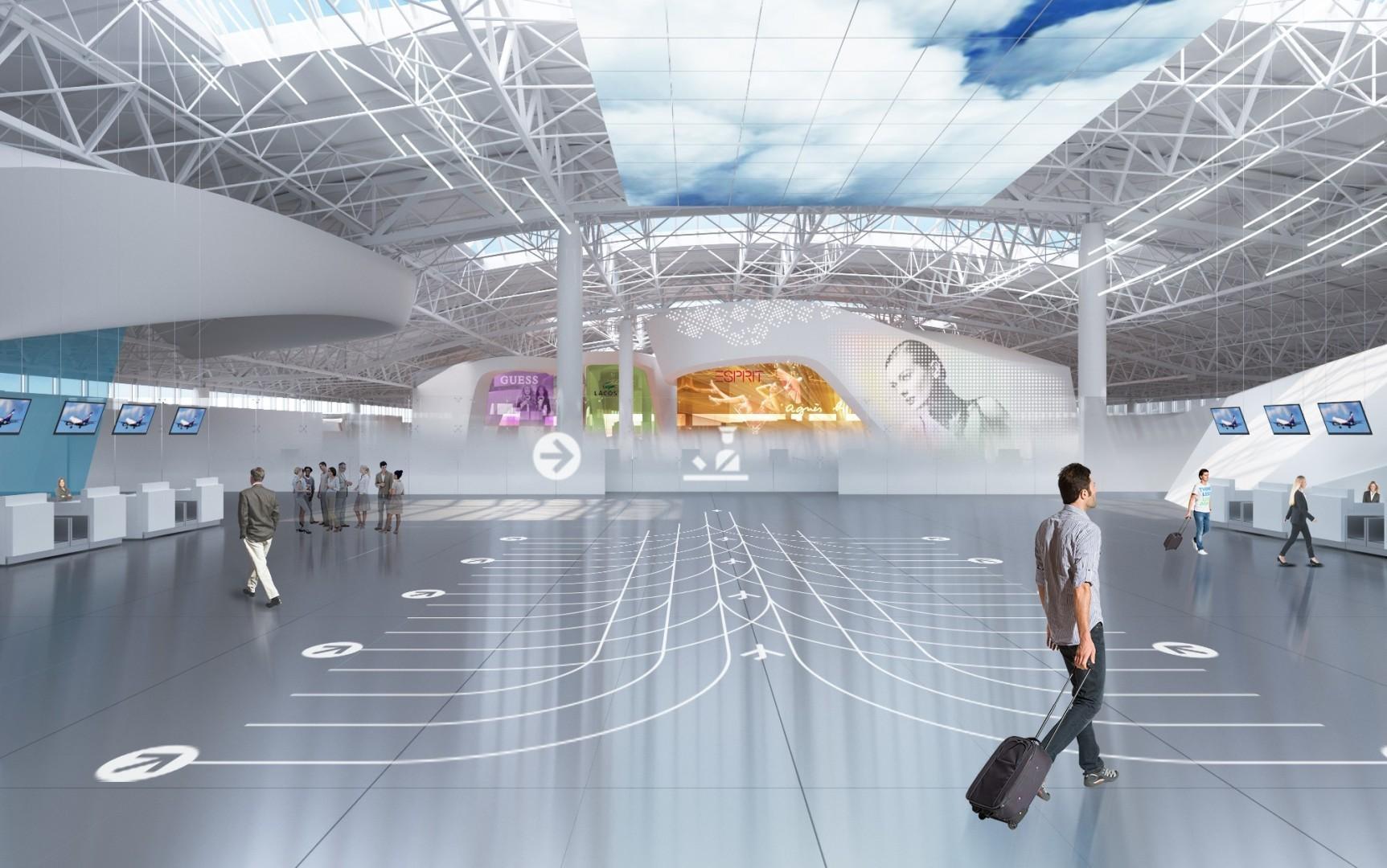 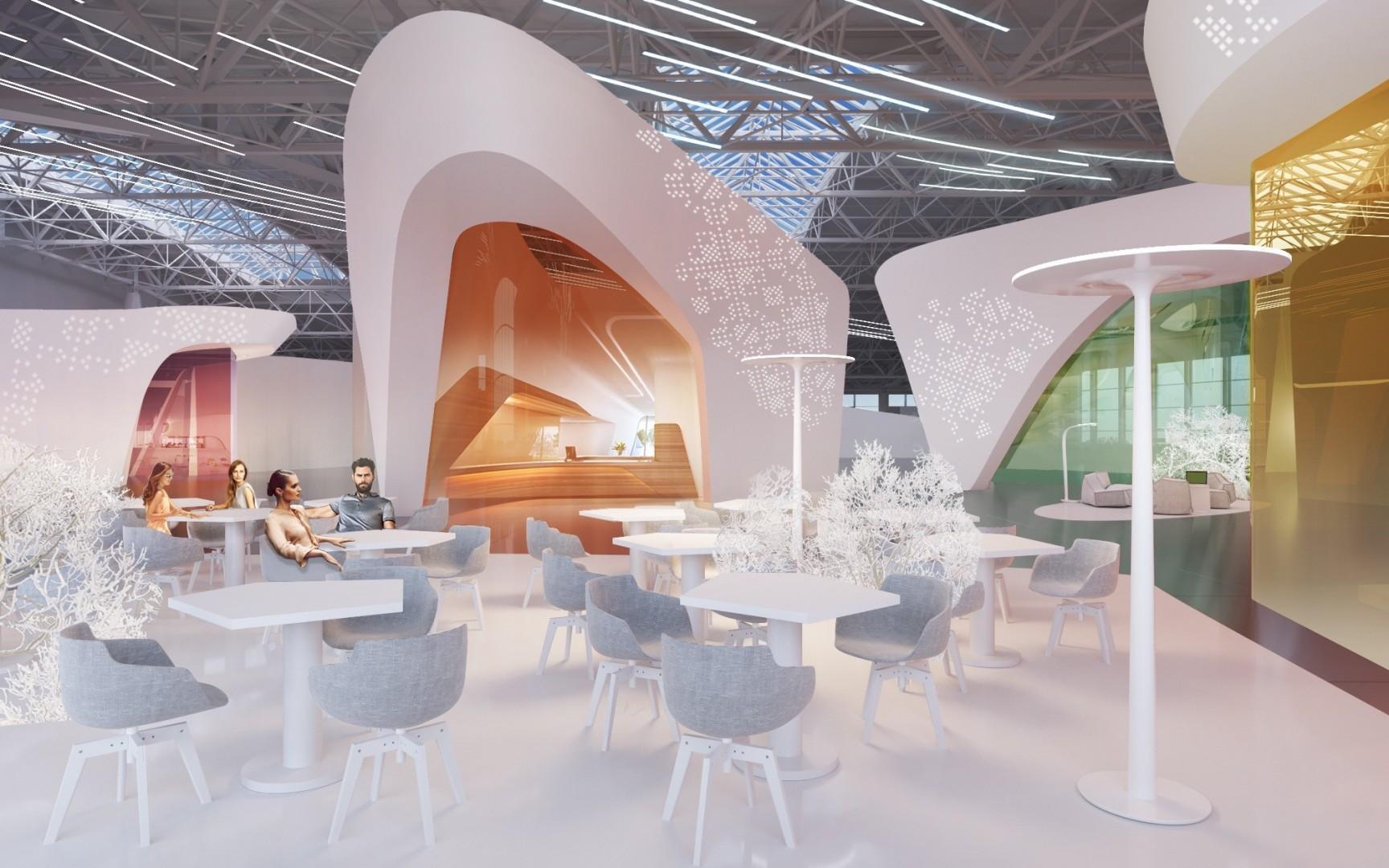 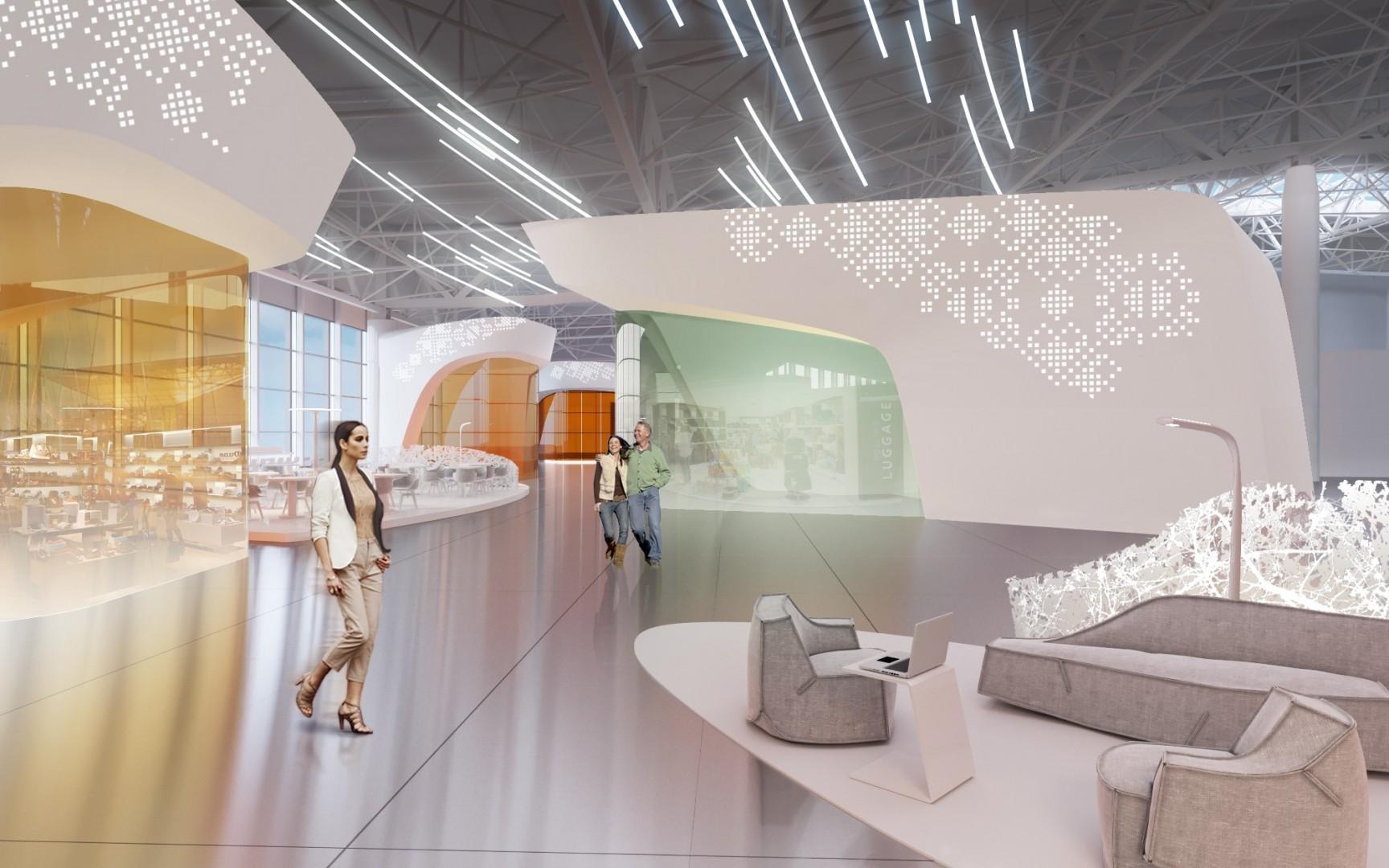 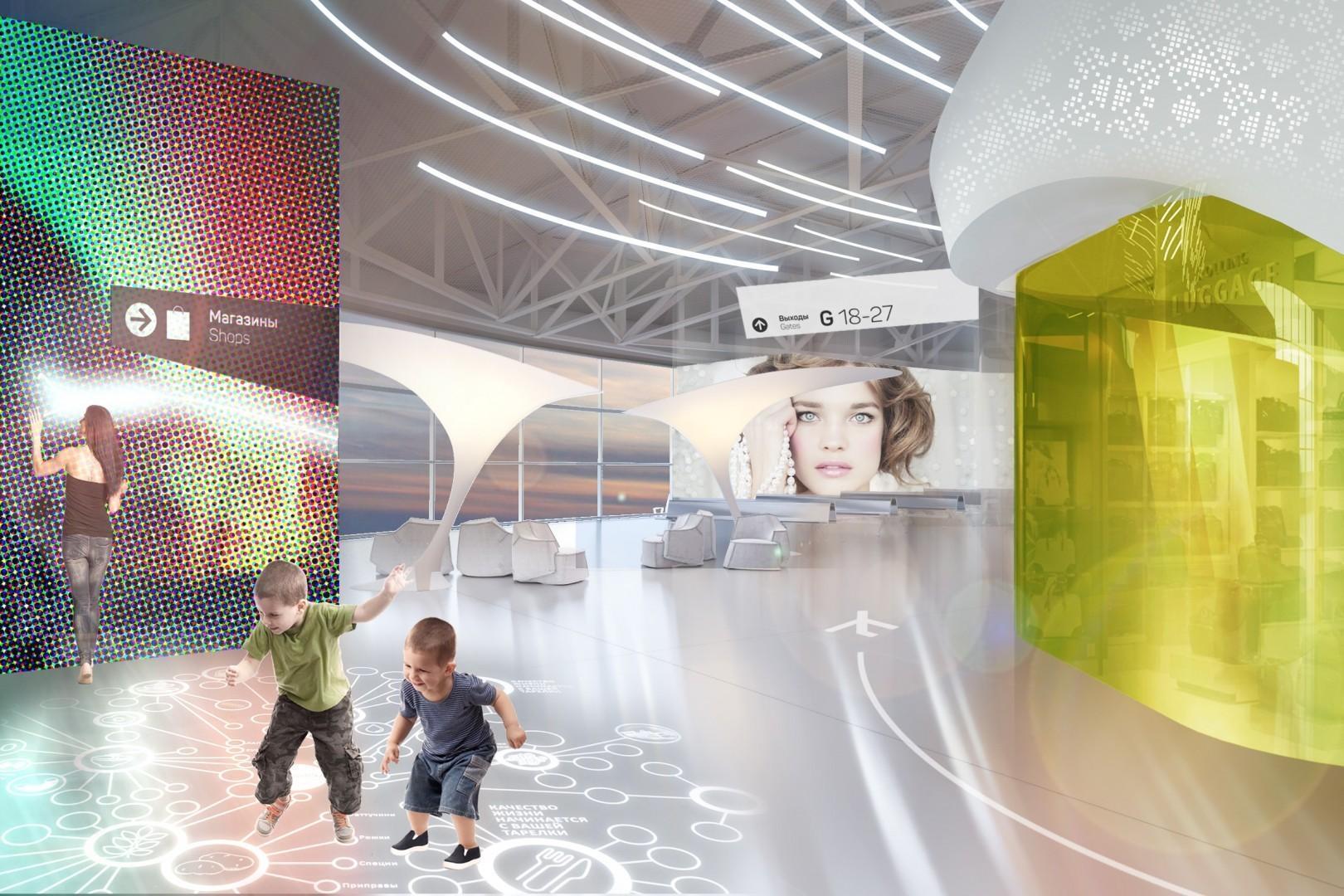 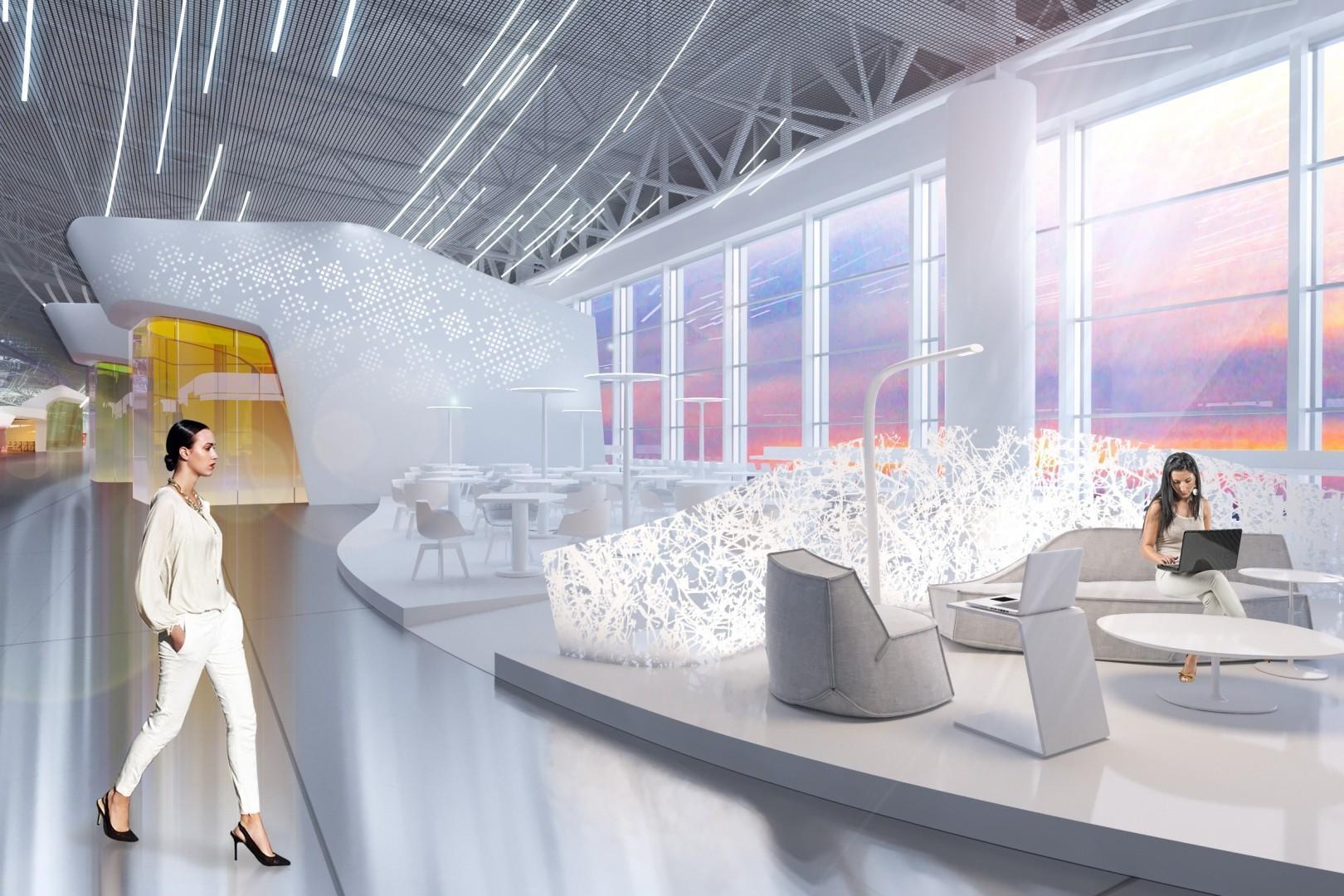