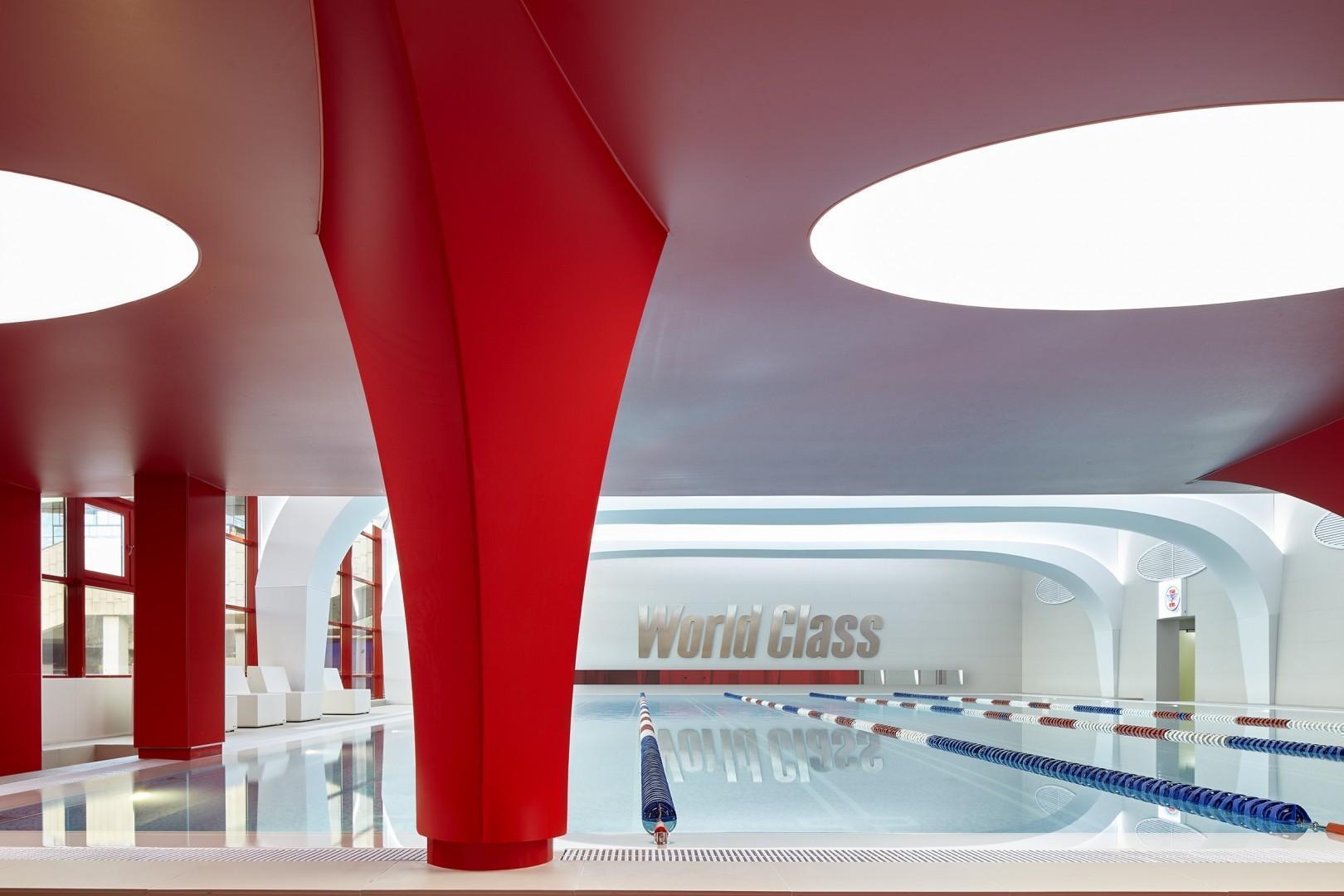 If the interiors of the other clubs in the chain were designed and implemented from scratch, the pool in the Olympic Club got its new interior in the process of its reconstruction. The principal difference between “before” and “after” fills the authors with professional satisfaction. It should be noted that the result was achieved with a minimum of expressive means. The pool space has acquired wholeness and clarity. It is filled with light and has become visually larger. Its architectural forms are interpreted in the spirit of futurism: the plastic bending of the supporting beams have added expressiveness to the space, while the outlines of the beam edges are accentuated by special illumination. The energy of contrast is expressed here in the division between white and red spaces: a low and massive red arcade pushes athletes into a daylight-filled zone, while the soft blue pool basin makes this contrast more sophisticated and intriguing. 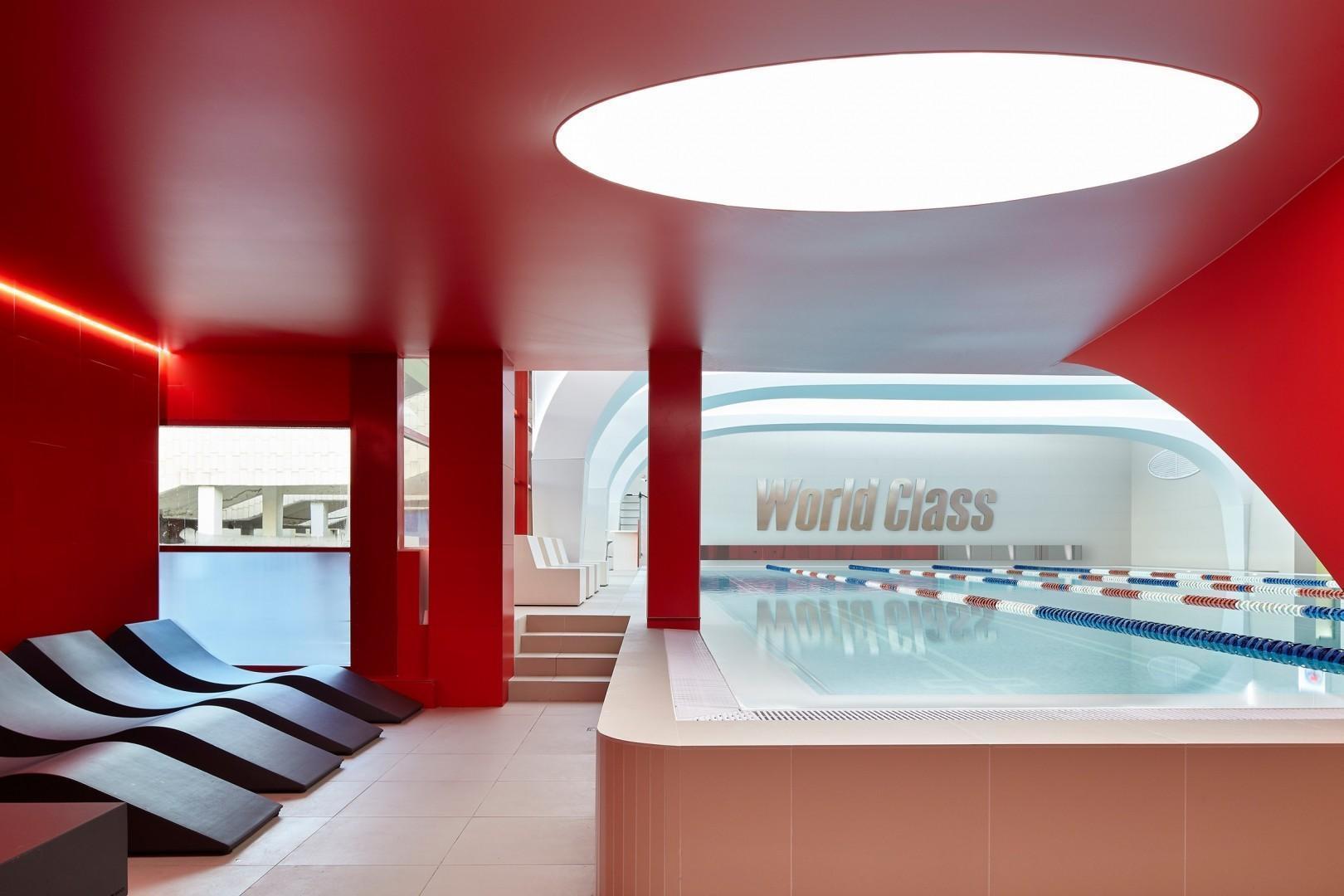 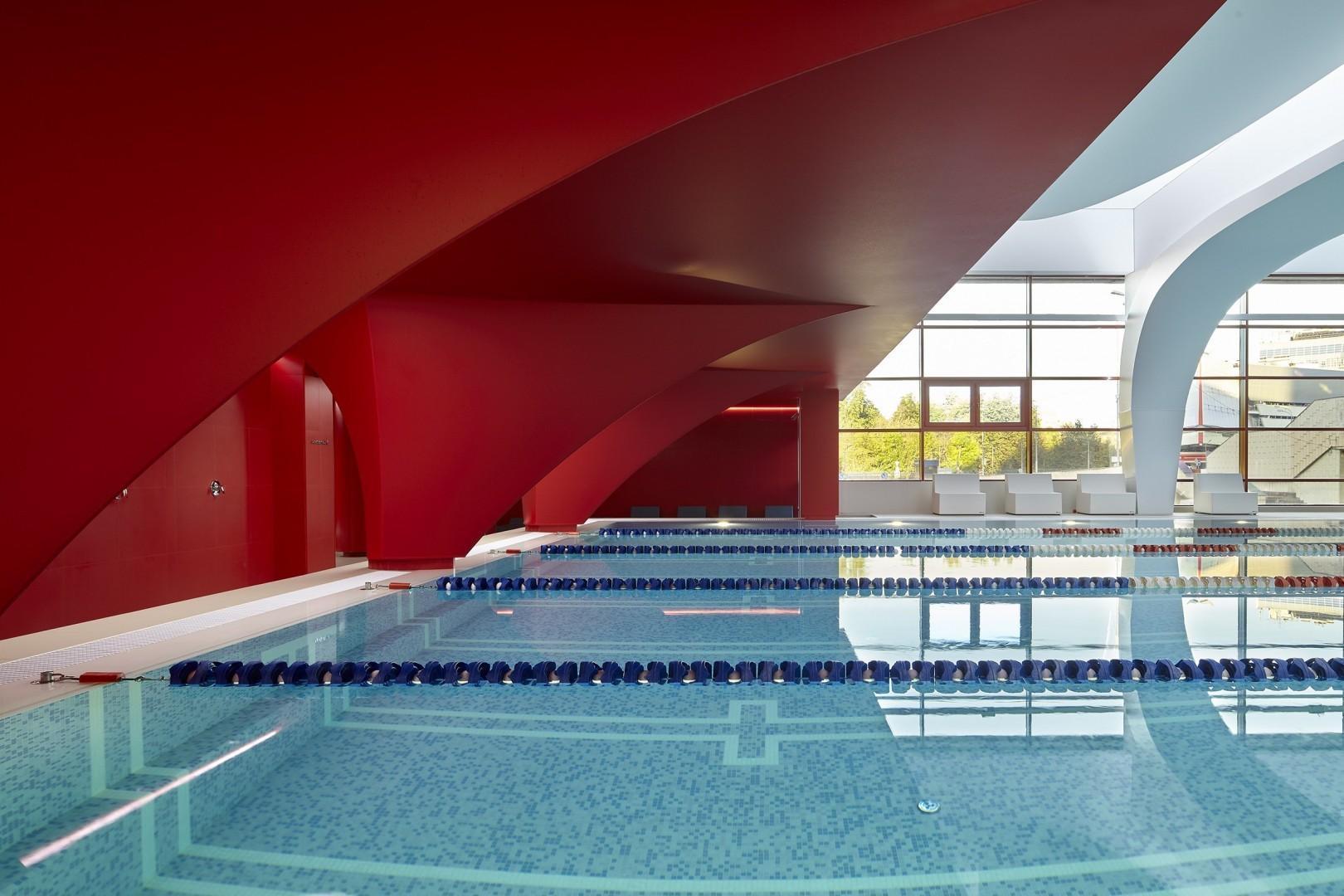 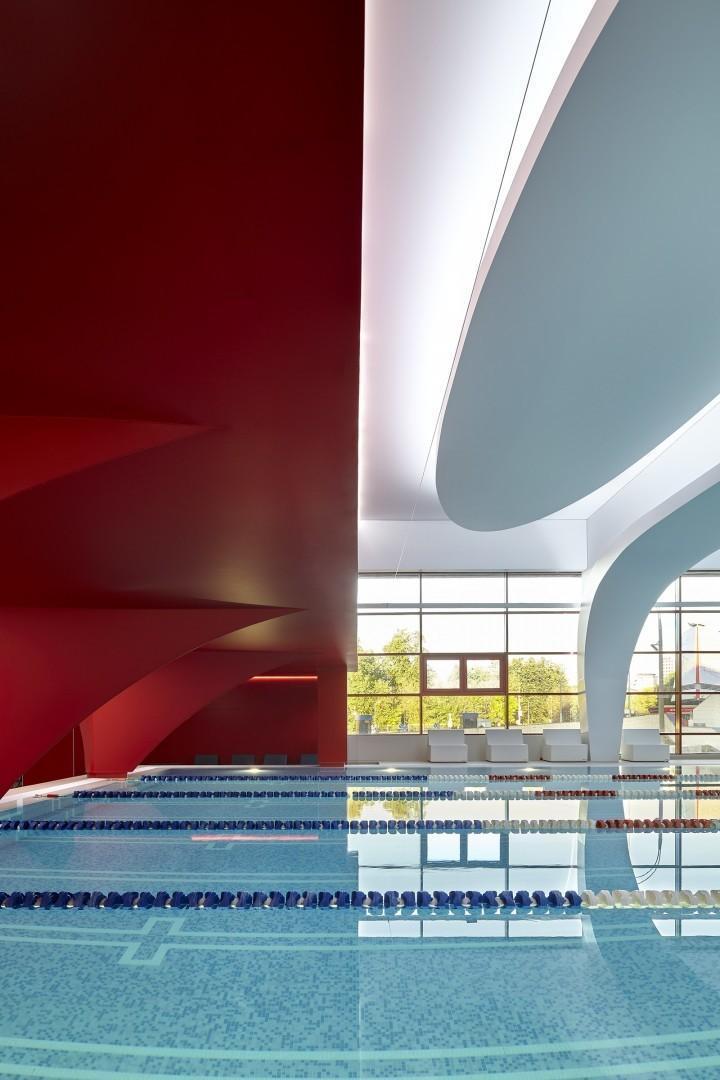 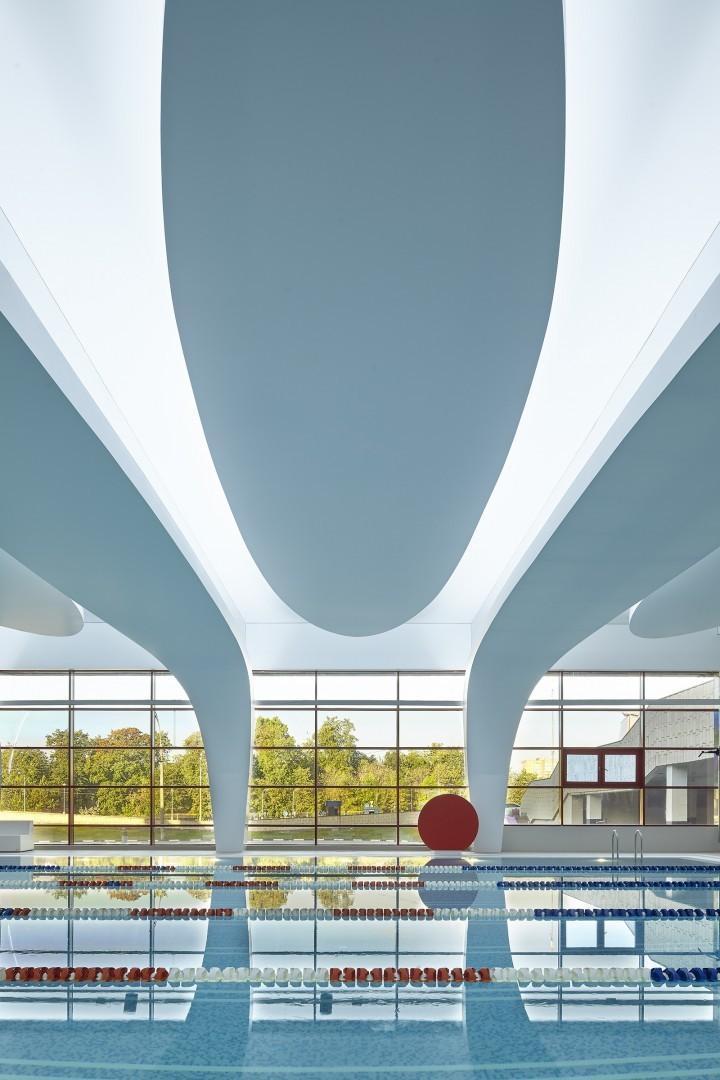 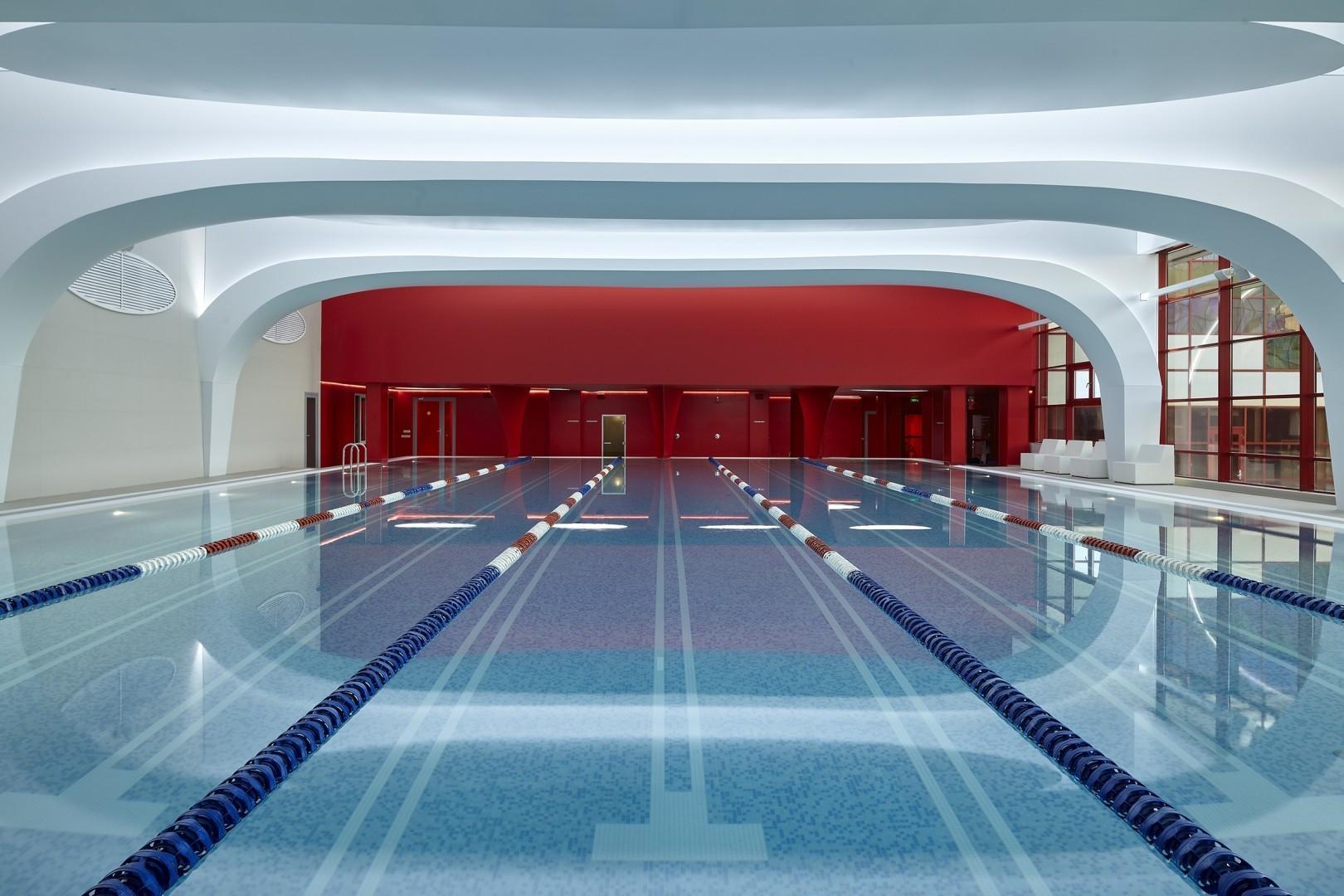 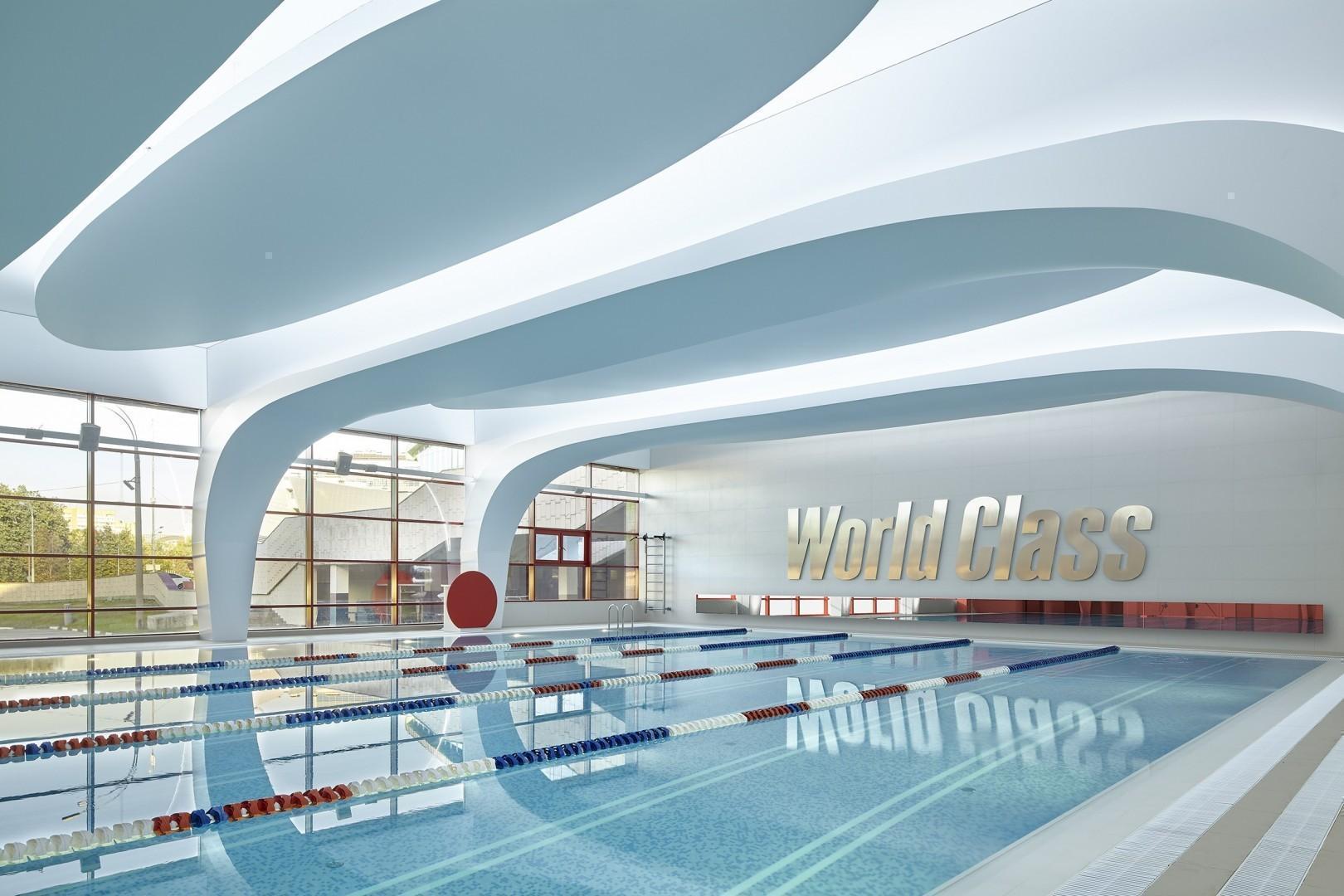 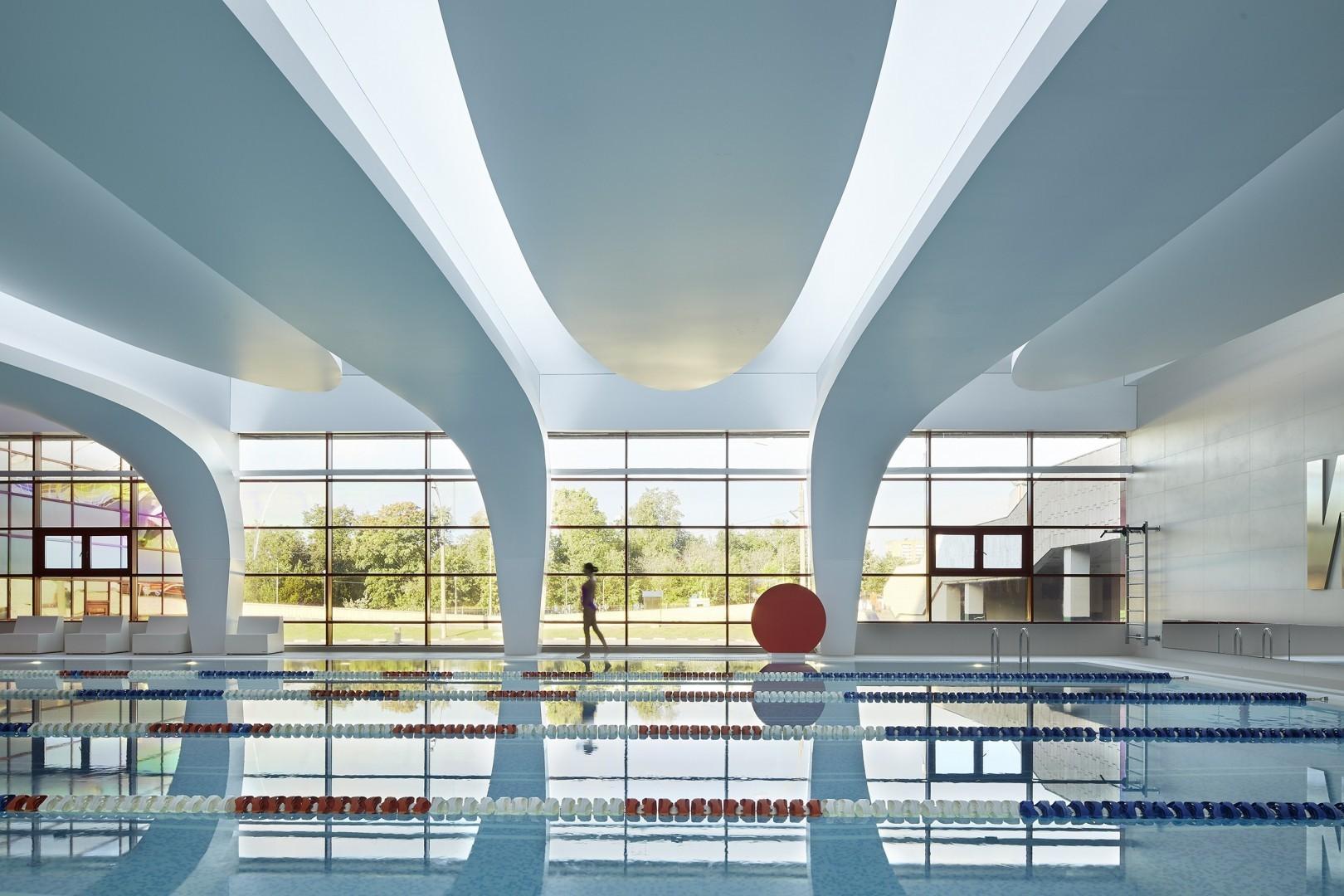 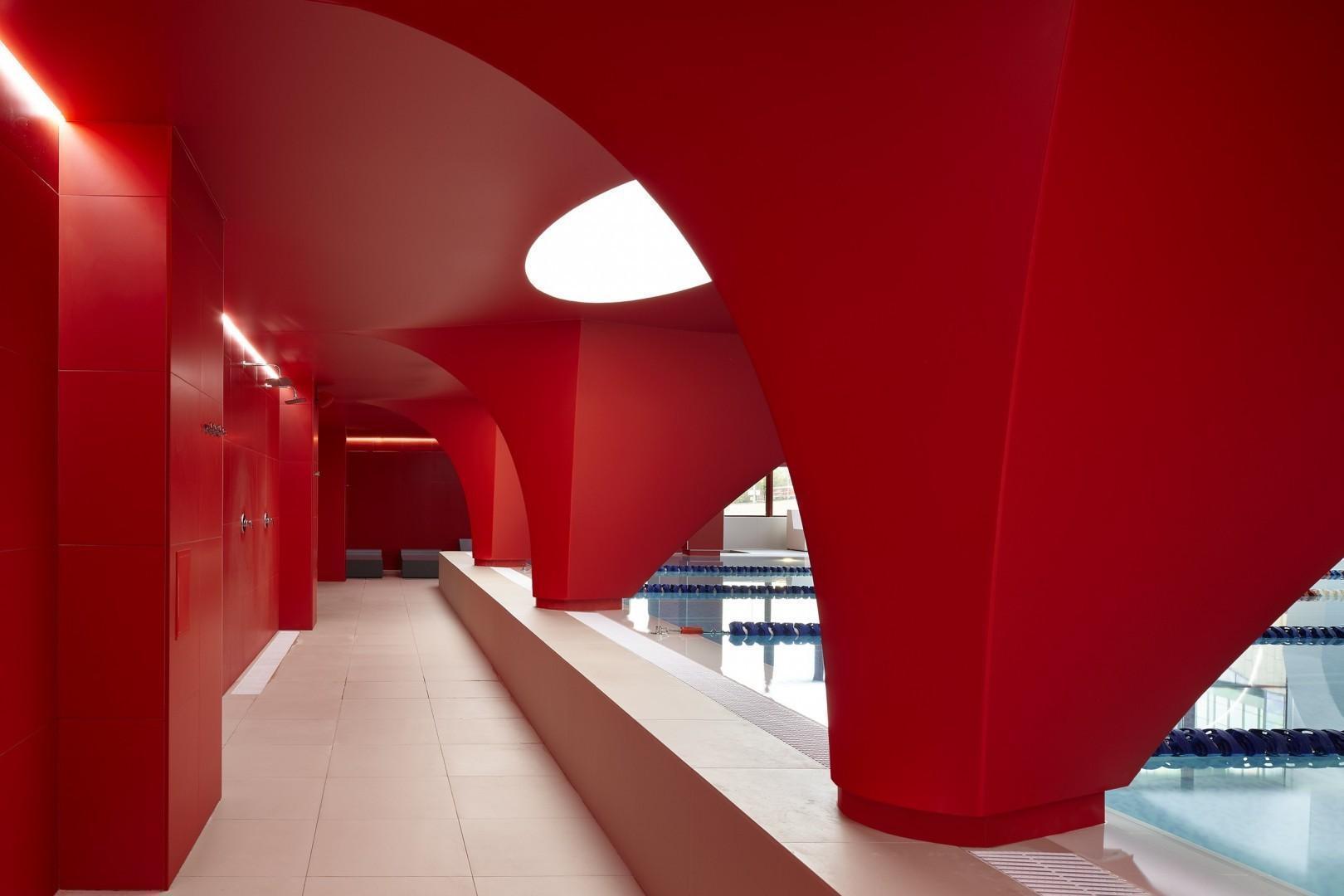 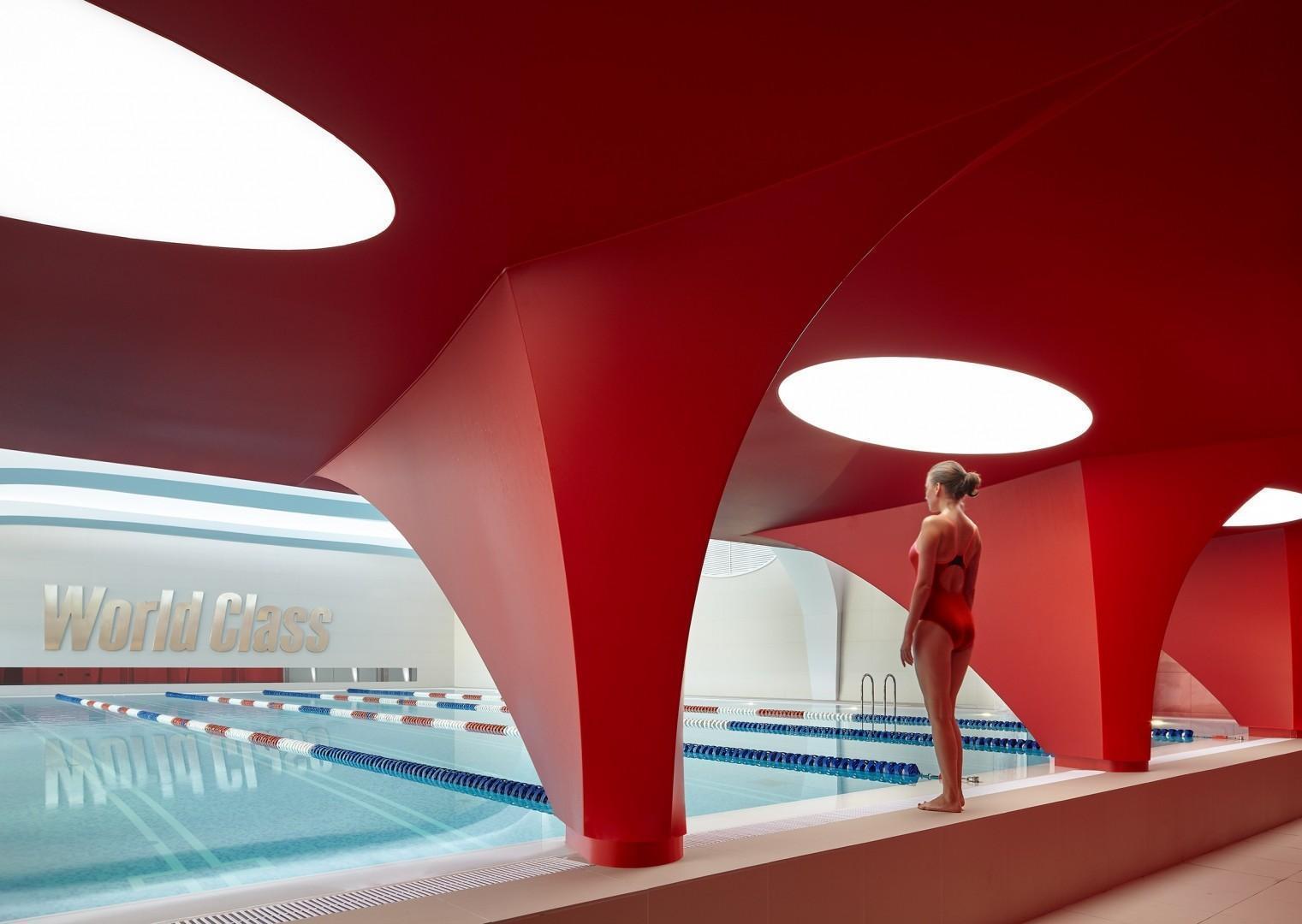