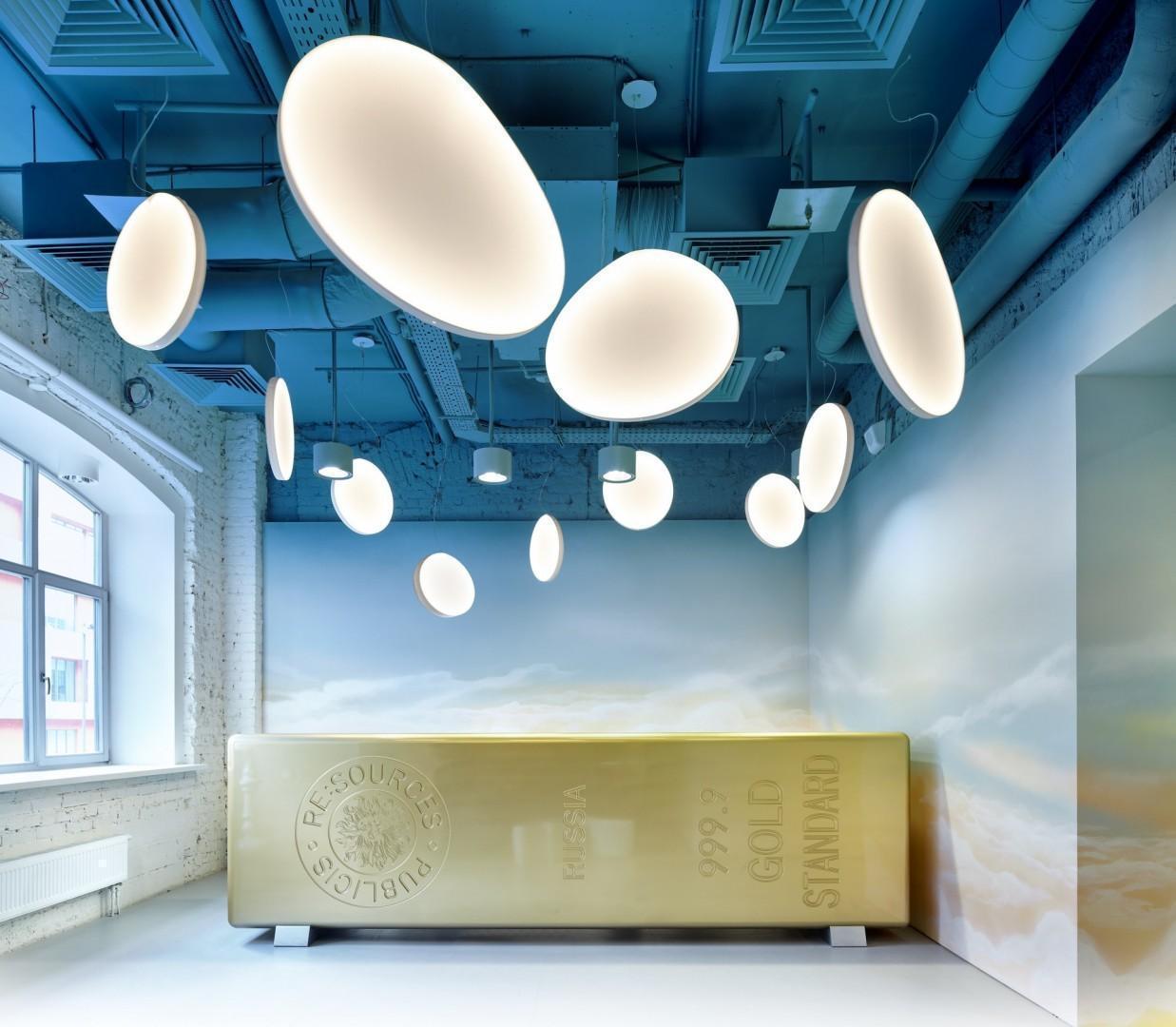 The interior looks like a three-dimensional graphic work. On the walls in the reception area, there are clouds in the pink-yellow dawn rays. The viewing angle is chosen in such a way that it creates an impression as if you are sitting in a plane, which has just came out above the cloud and is emerging into a blue endless sky, the color of which gradually thickens becoming a dark azure. The clouds are painted with light and transparent colours, if you don’t look attentively, you may take them for a play of light and shadow on the white walls. The blue ceiling is animated with the exposed utility service lines painted in the same color. And in the part of the vertical space where the walls are gradually turning blue, white flat round-shaped lamps are suspended – in the way the clouds were represented in baroque theaters. But modern technologies make this visual effect even more ethereal and spectacular. Inside the office, the walls decoration turns into a subtle graphic message: there is still a cloudy landscape, but it is represented conventionally. 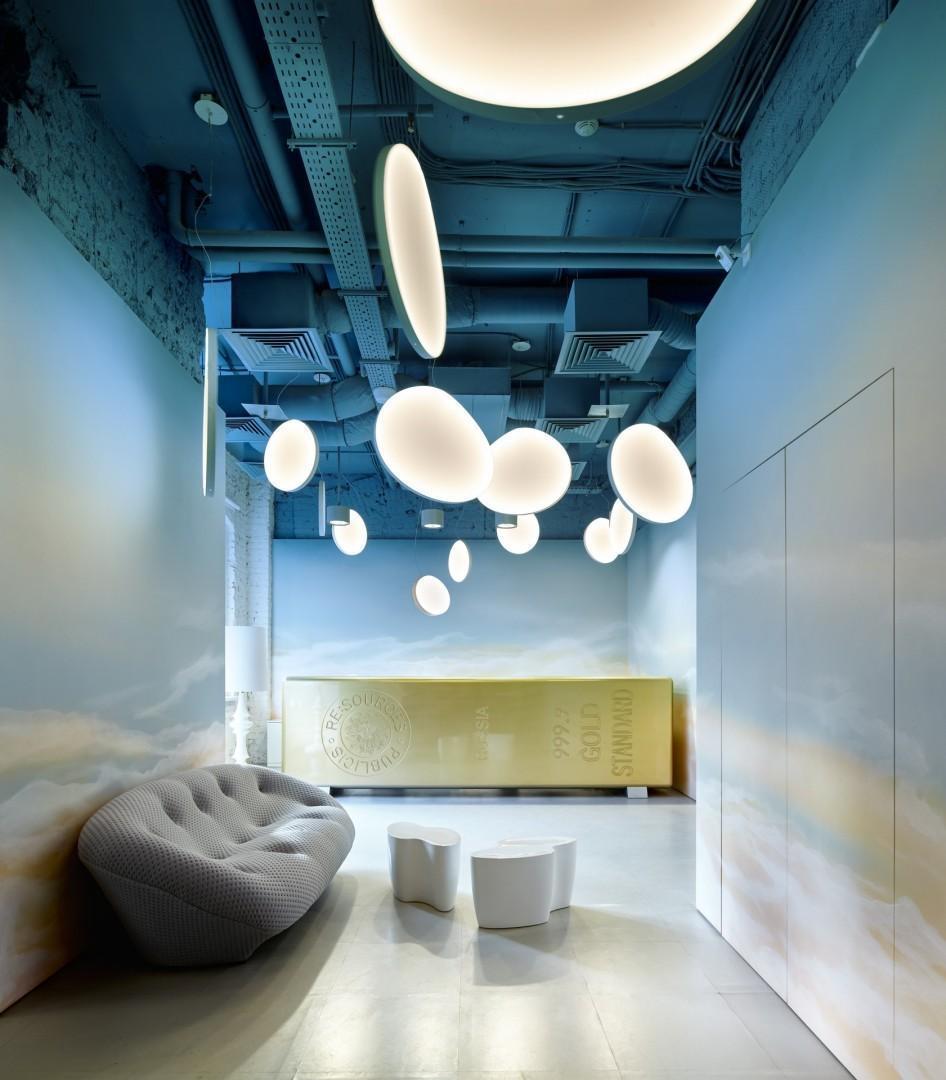 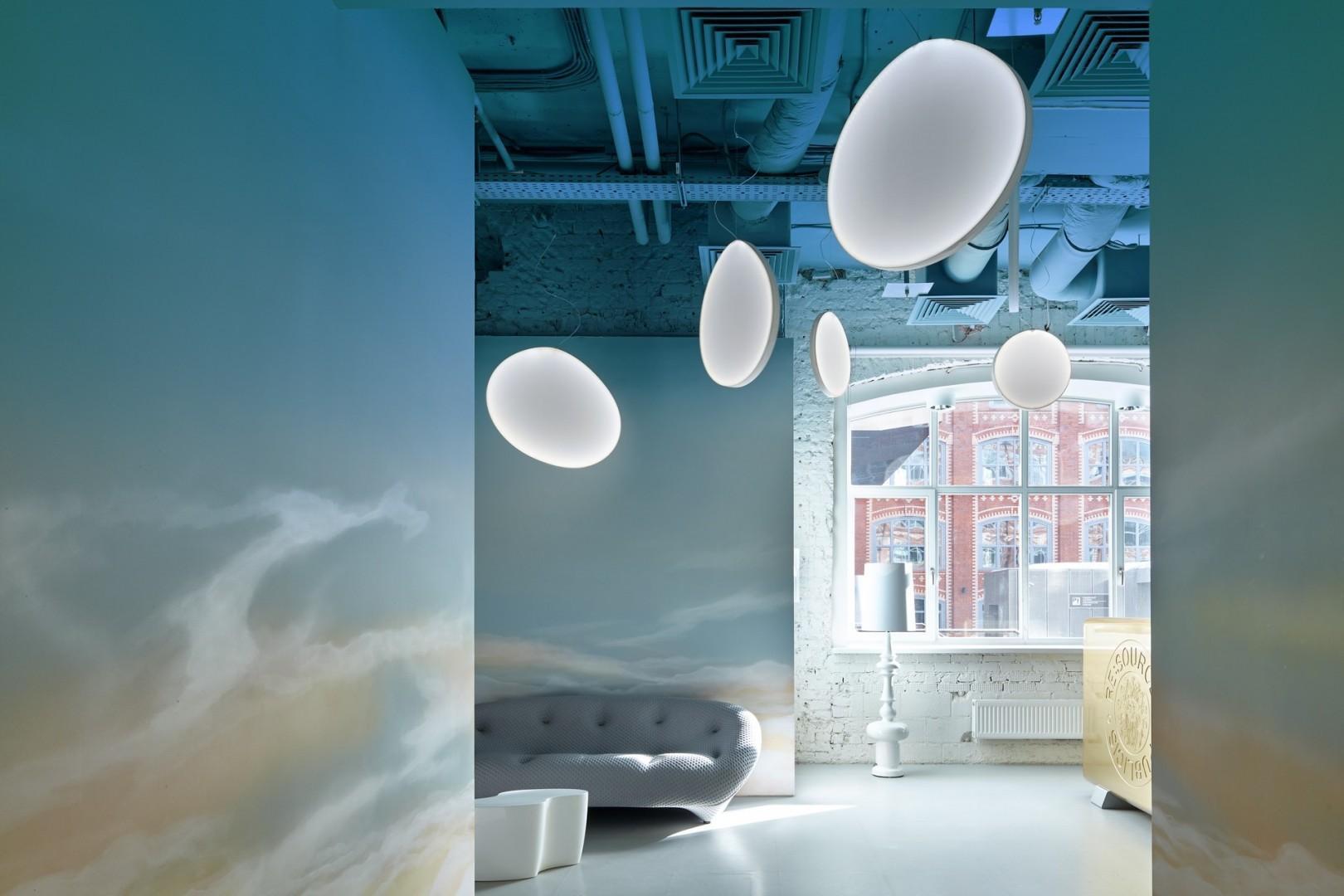 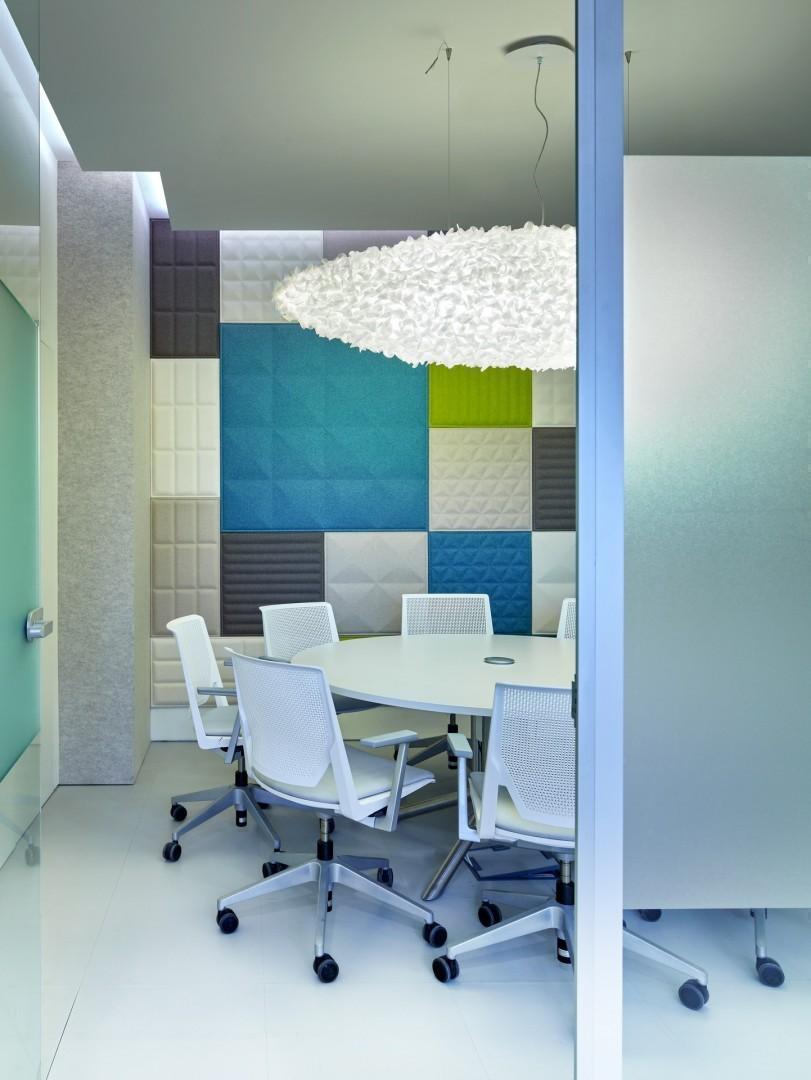 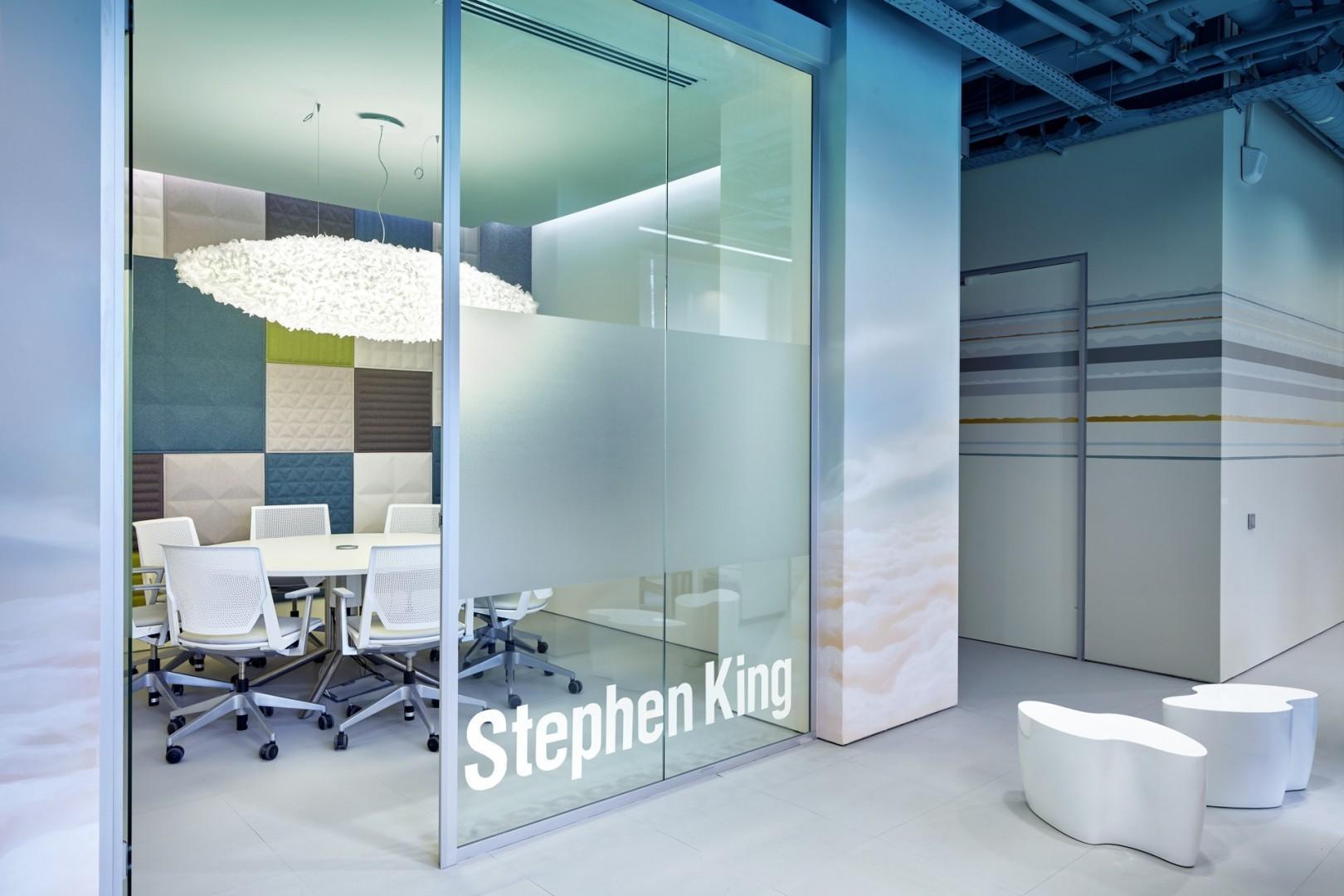 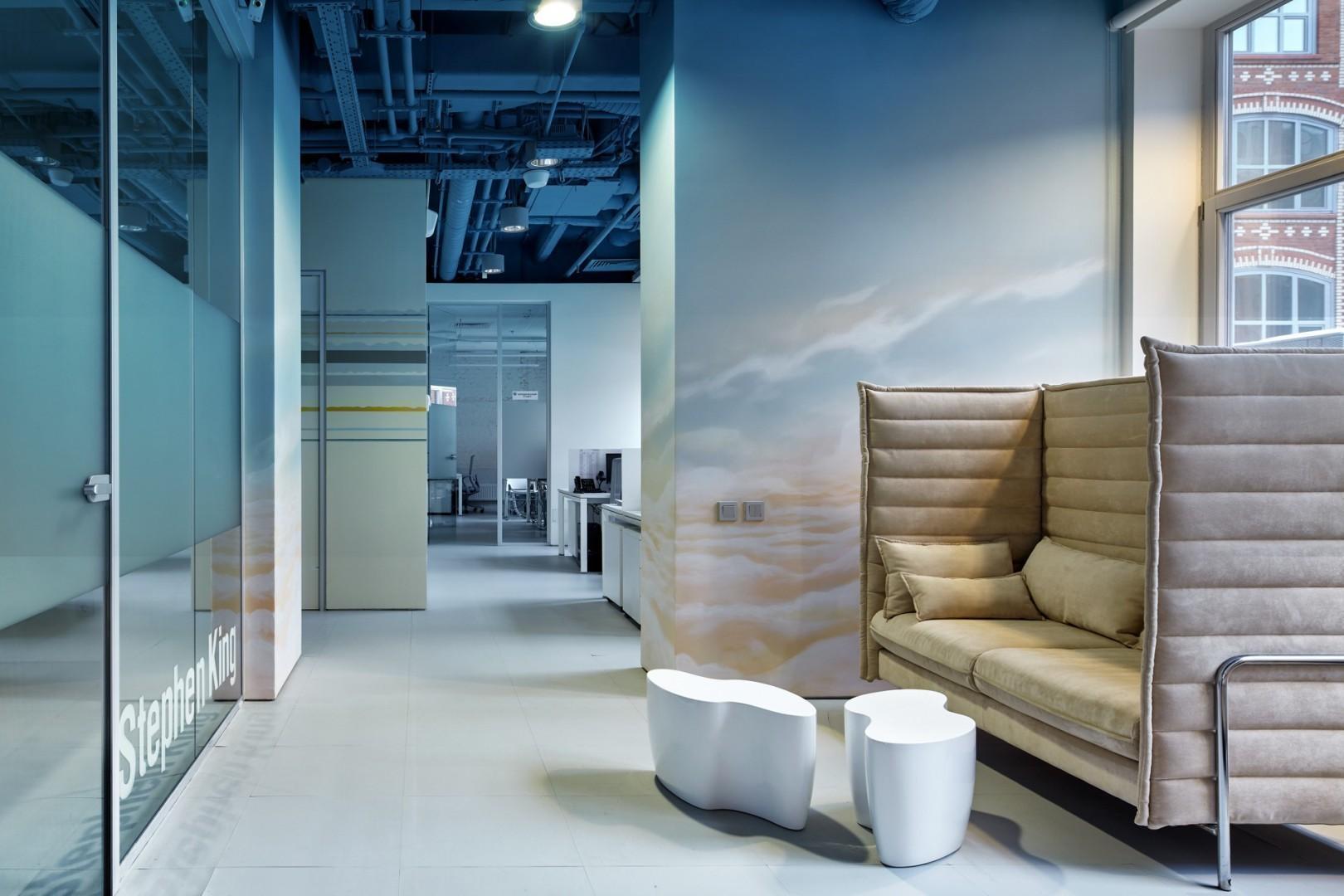 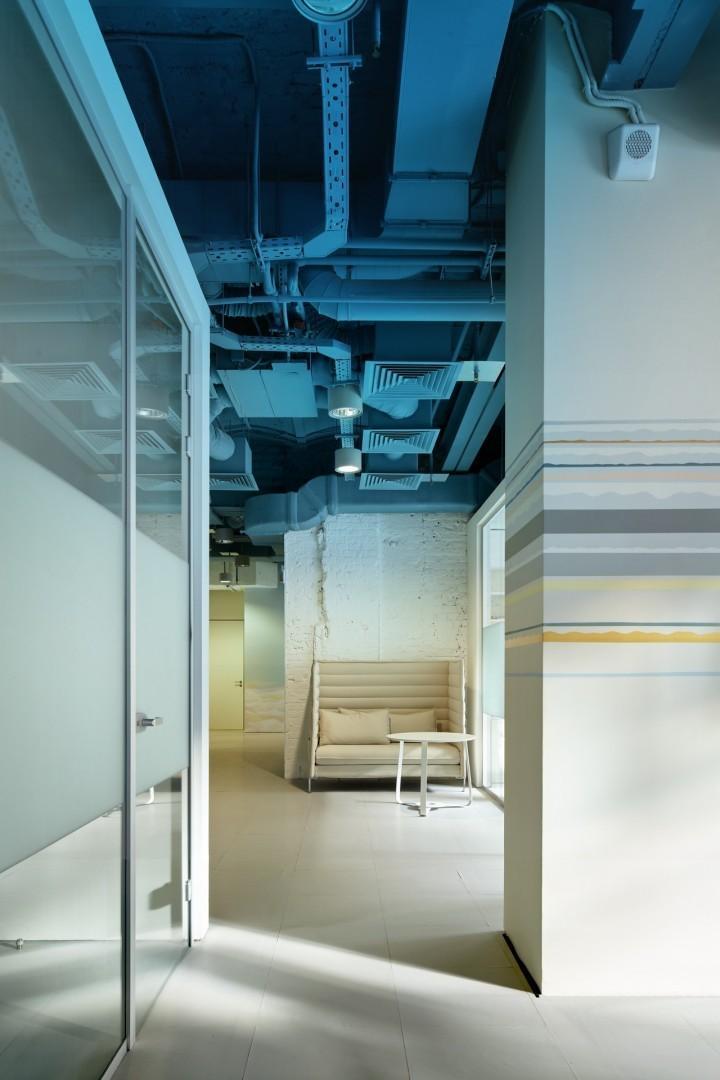 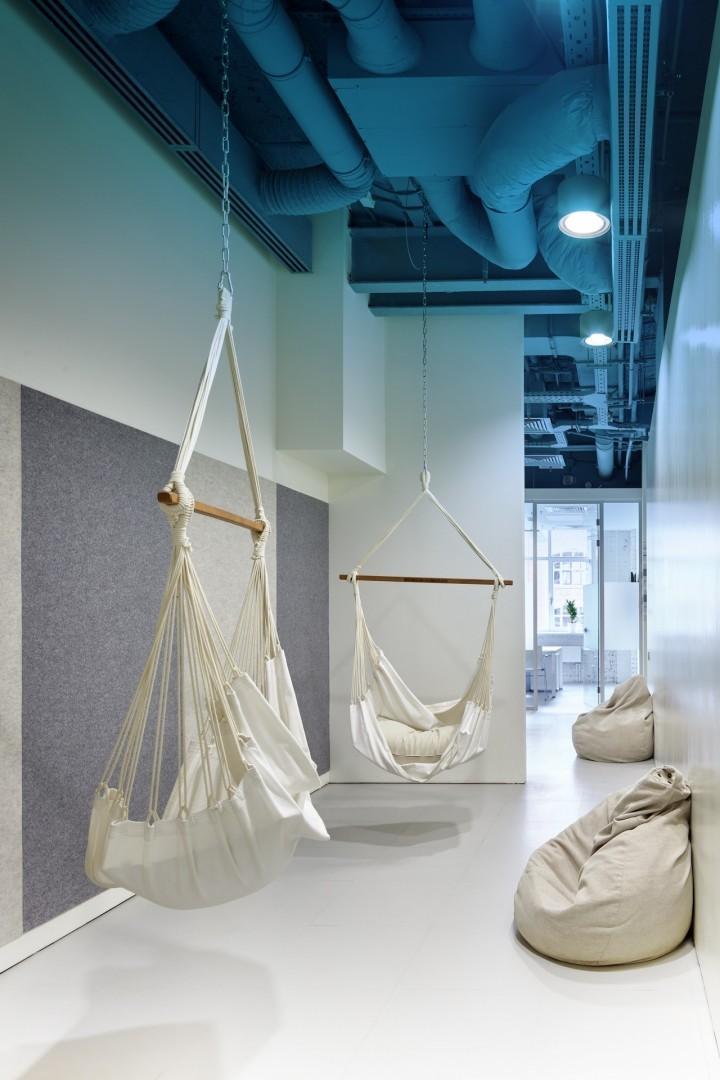 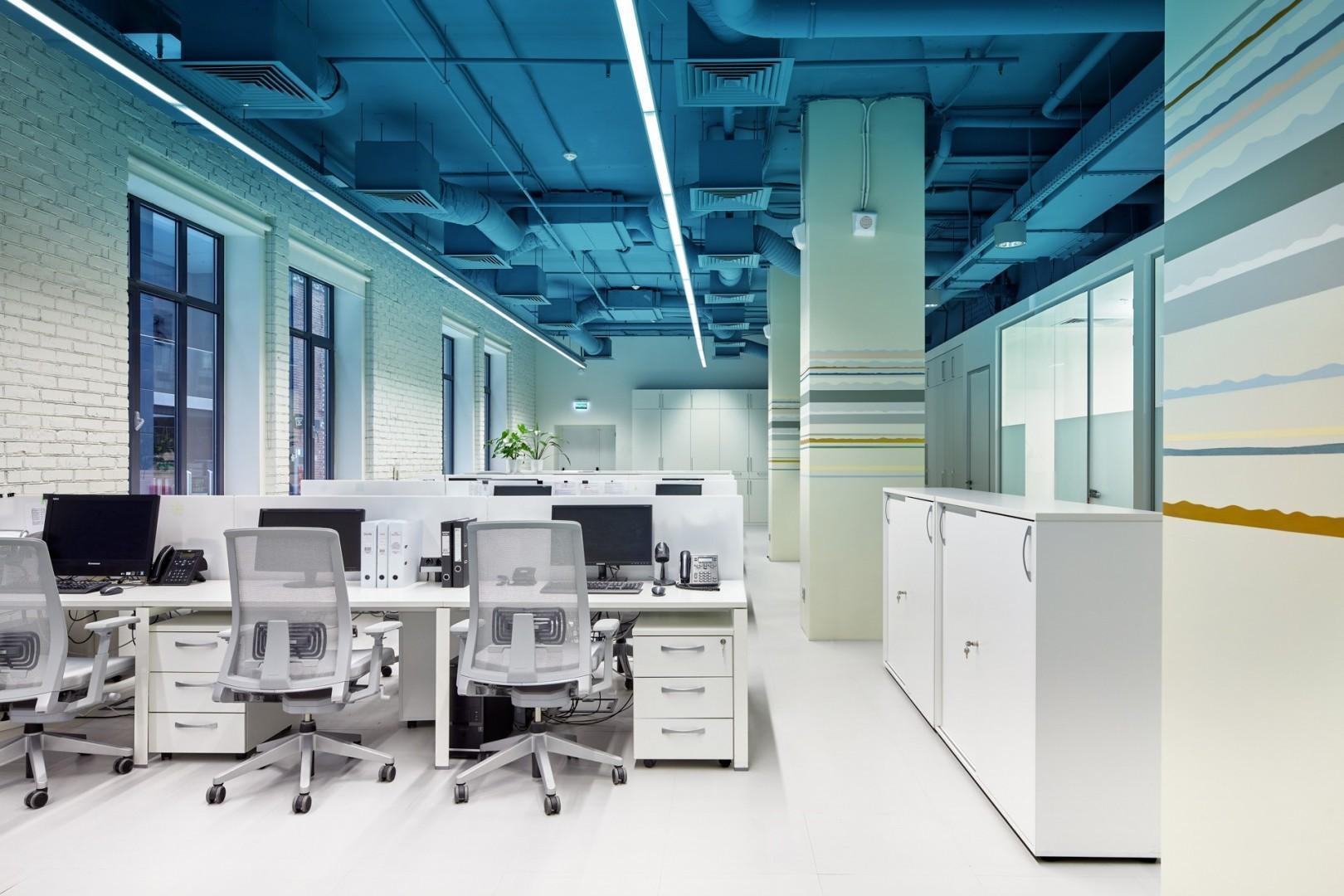 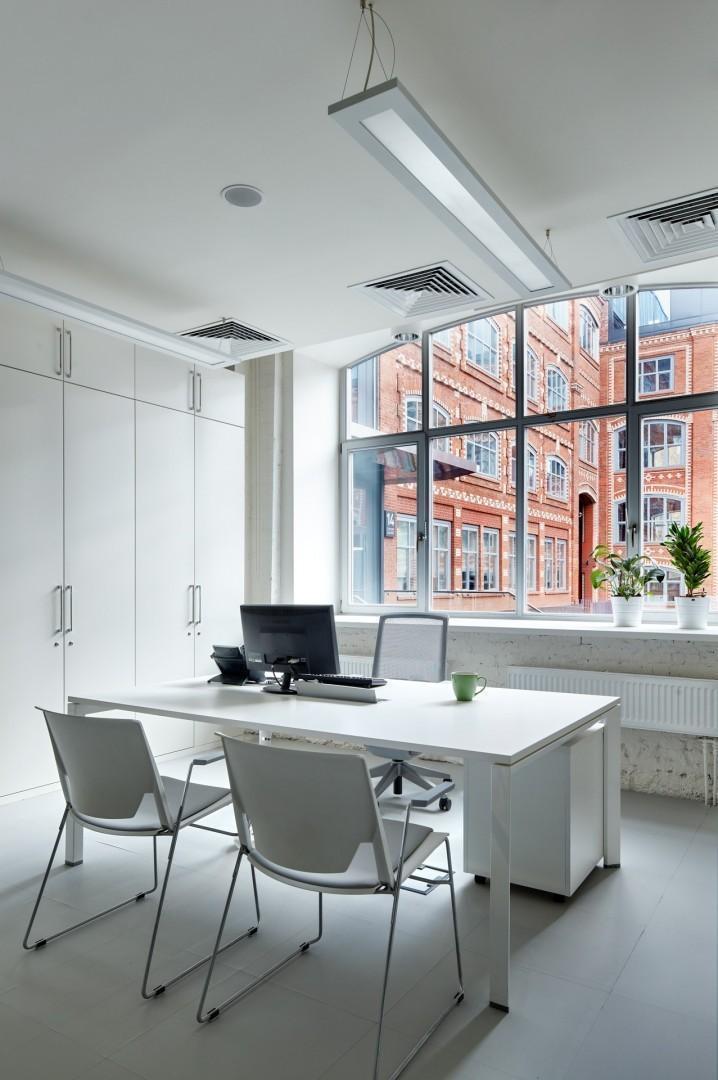 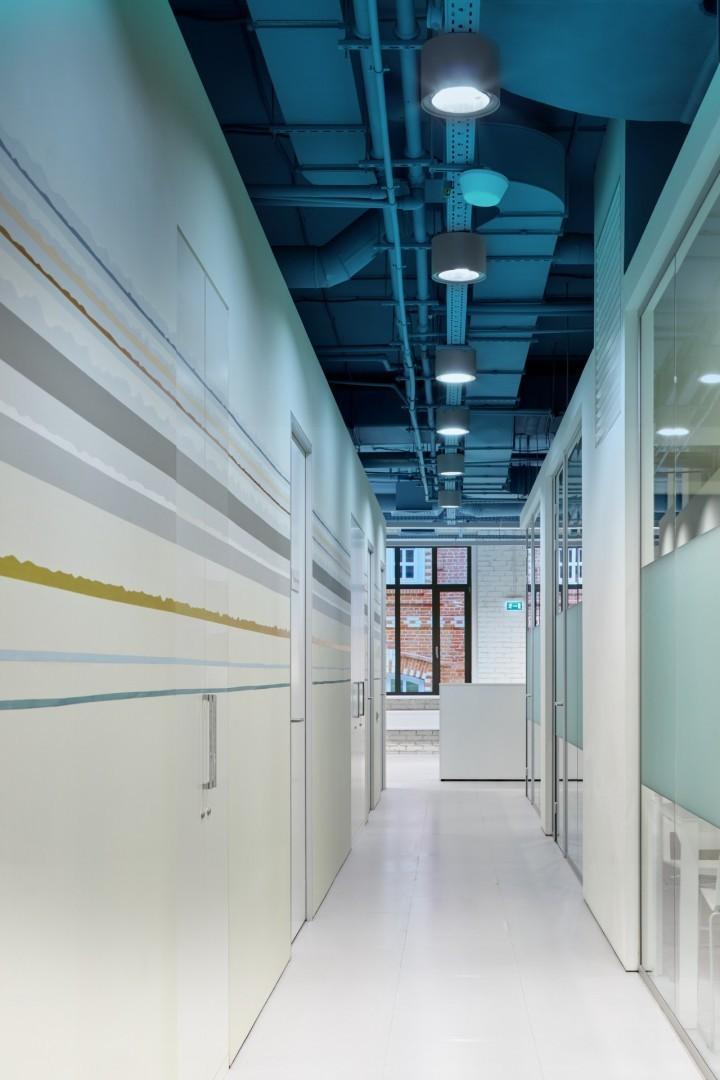 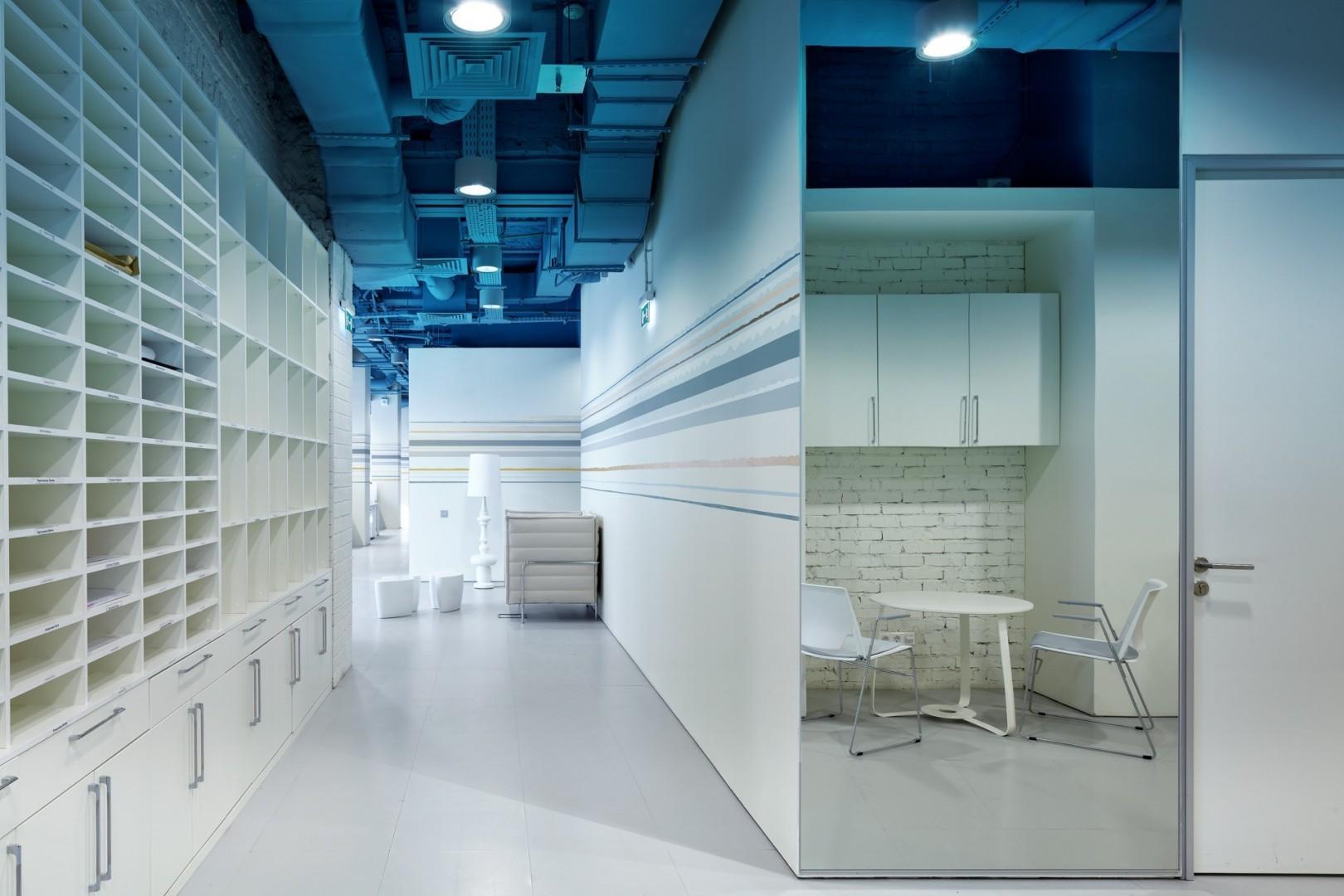