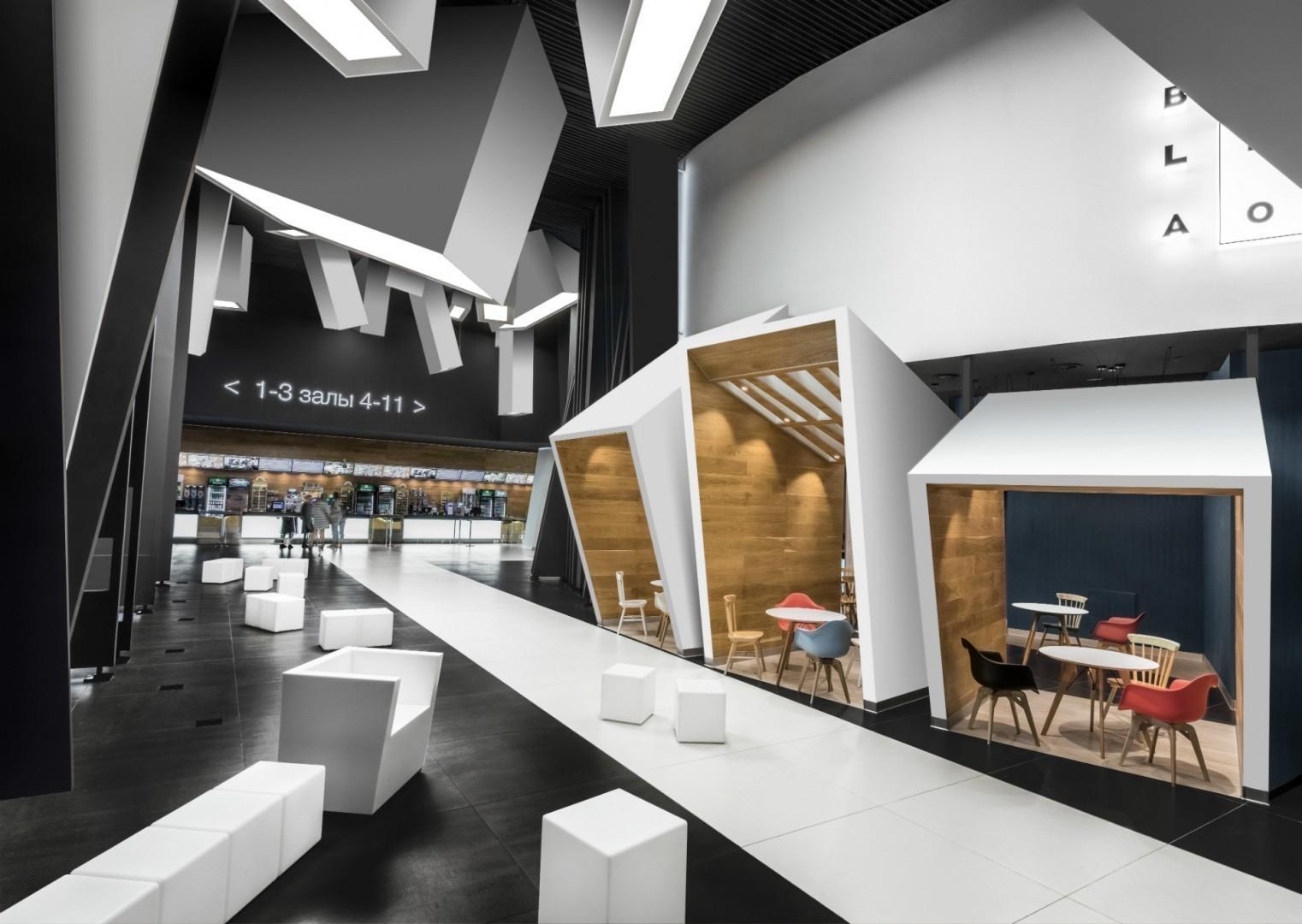 The huge twelve-meter ceilings in the Metropolis Shopping Center cinema foyer allowed the designers to create an expressive semi-fantastic space. It figuratively represents the cinematography itself treating it as a medium for a noir movie. A film frame has become the main motif of this interior: here it acts as the wings, while there as a movie screen, and still further as a source of bright light, as it was many years ago, when movies were publicly screened on a white sheet using a film projector. You may get into some of the frames and imagine yourself a movie star. This technique has been chosen deliberately. It generates the feeling of distance and remoteness – the fictitious world of cinematography created in the foyer space is intentionally strange, it is black-and-white and not life-sized. 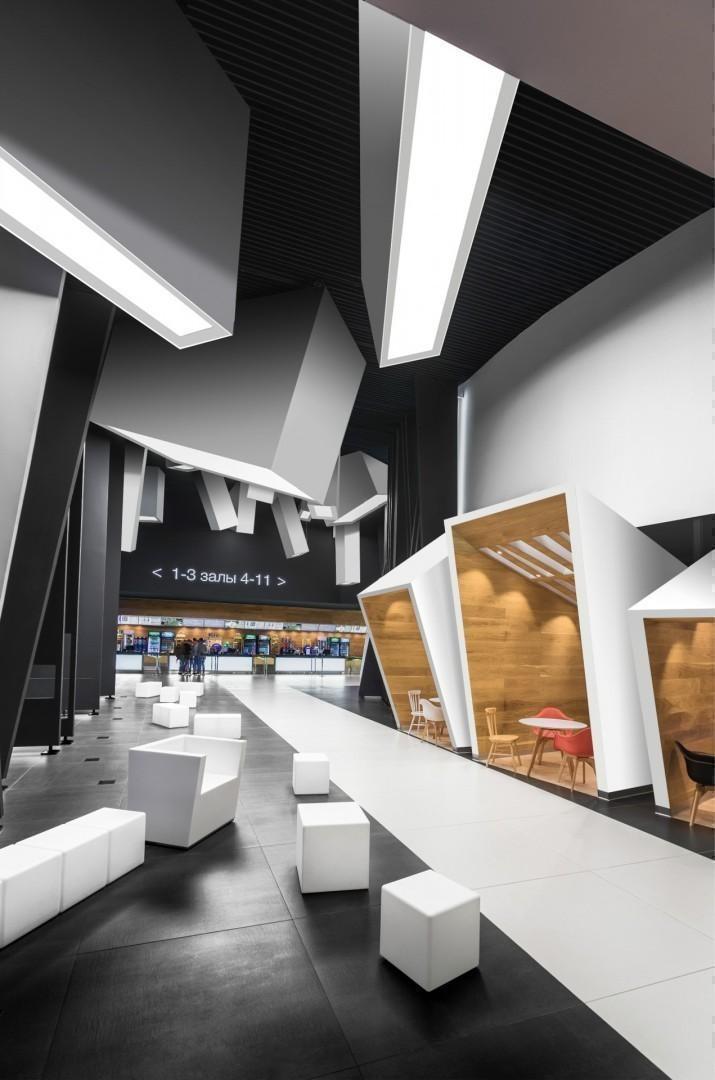 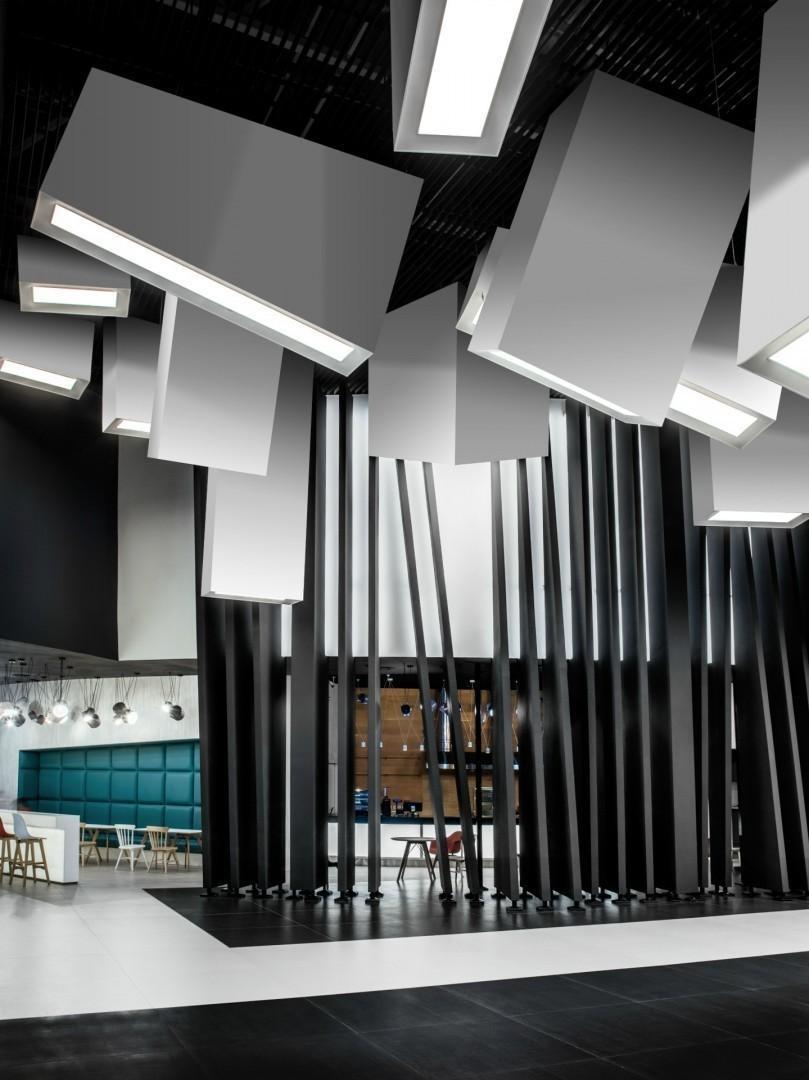 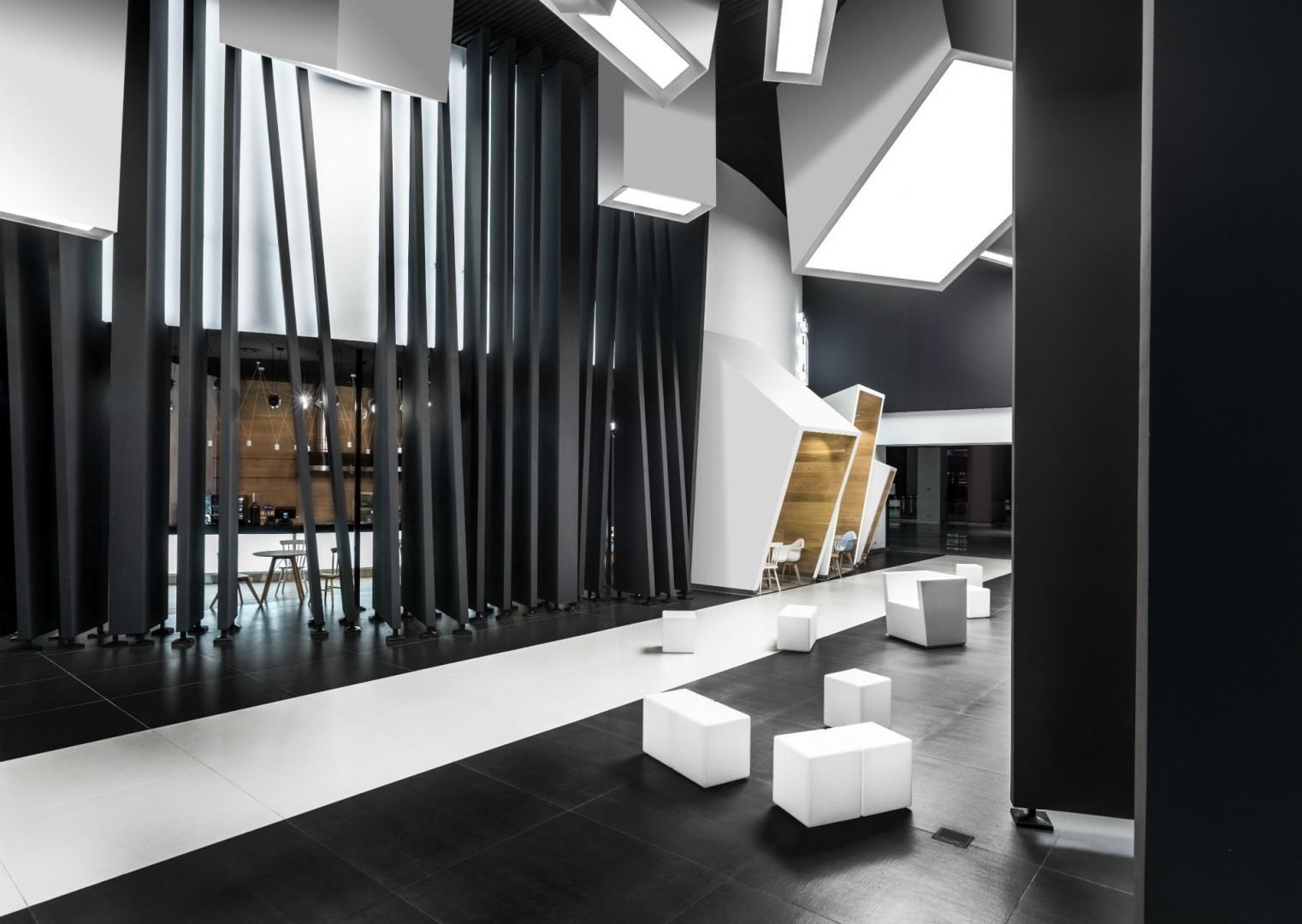 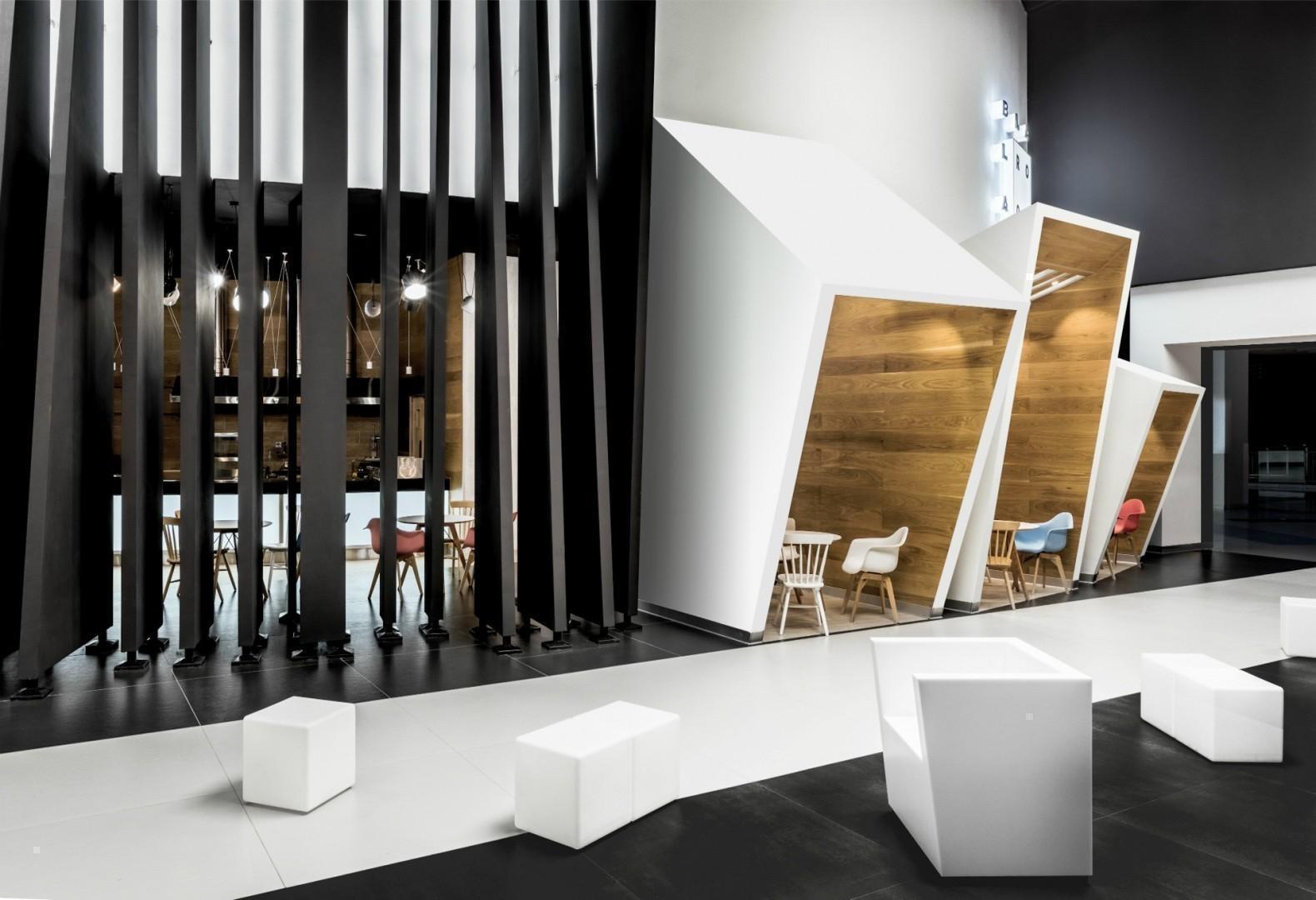 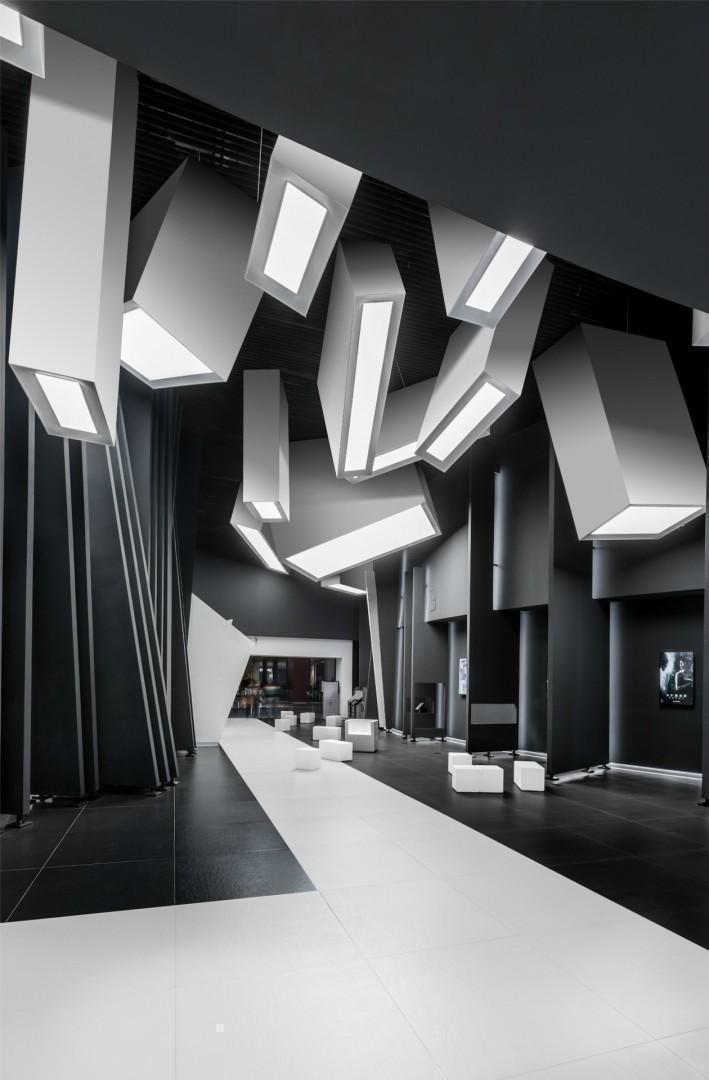 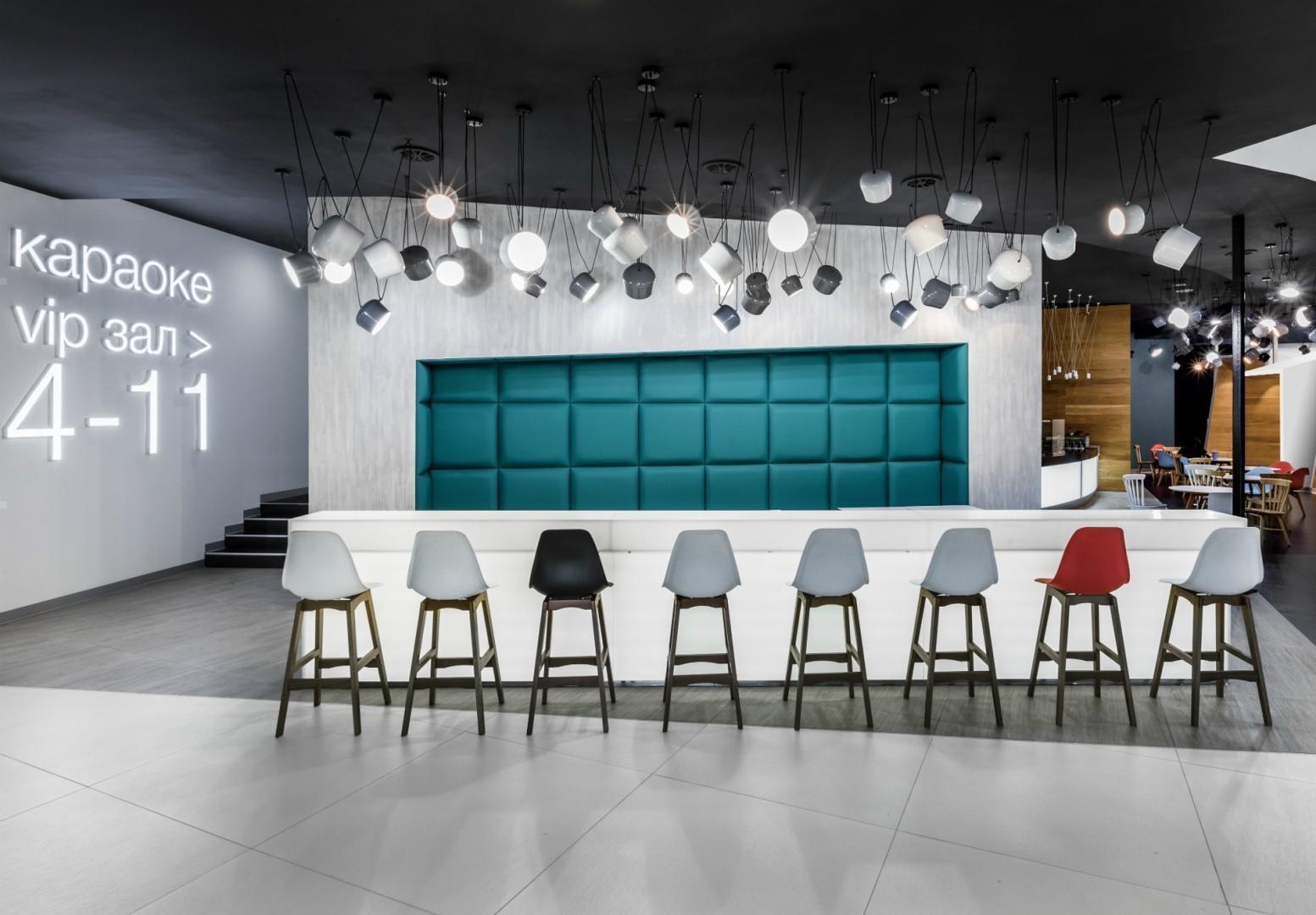 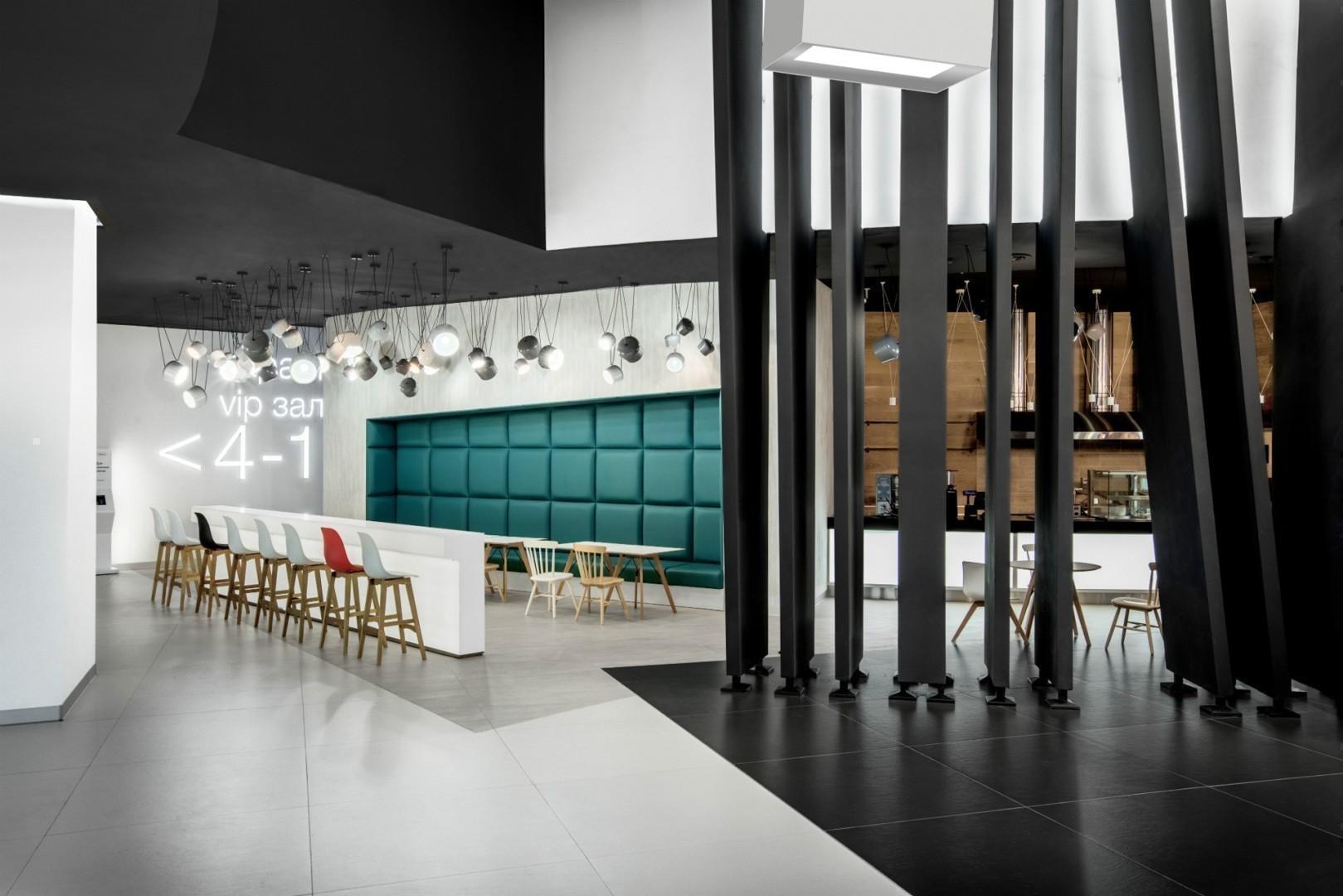 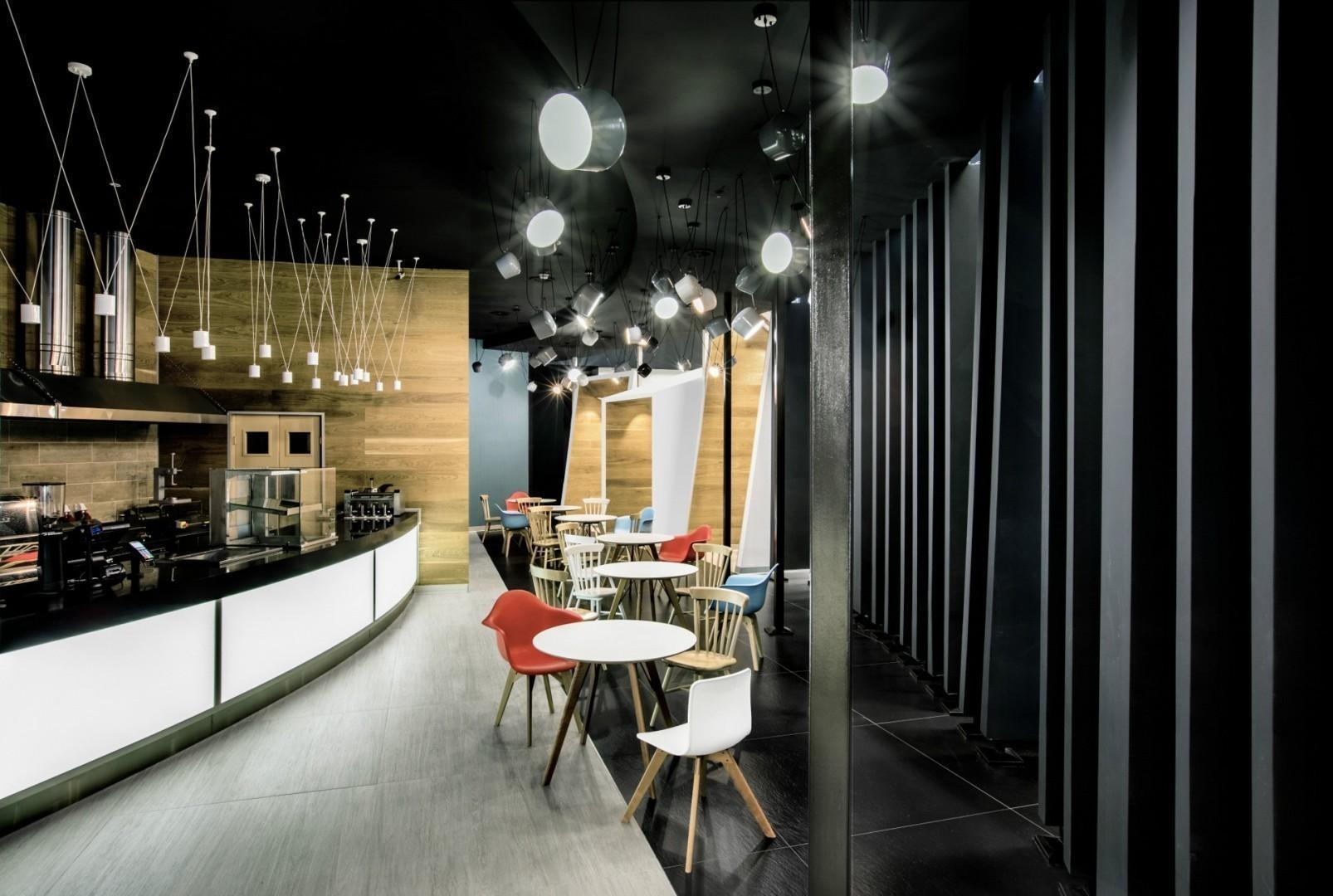 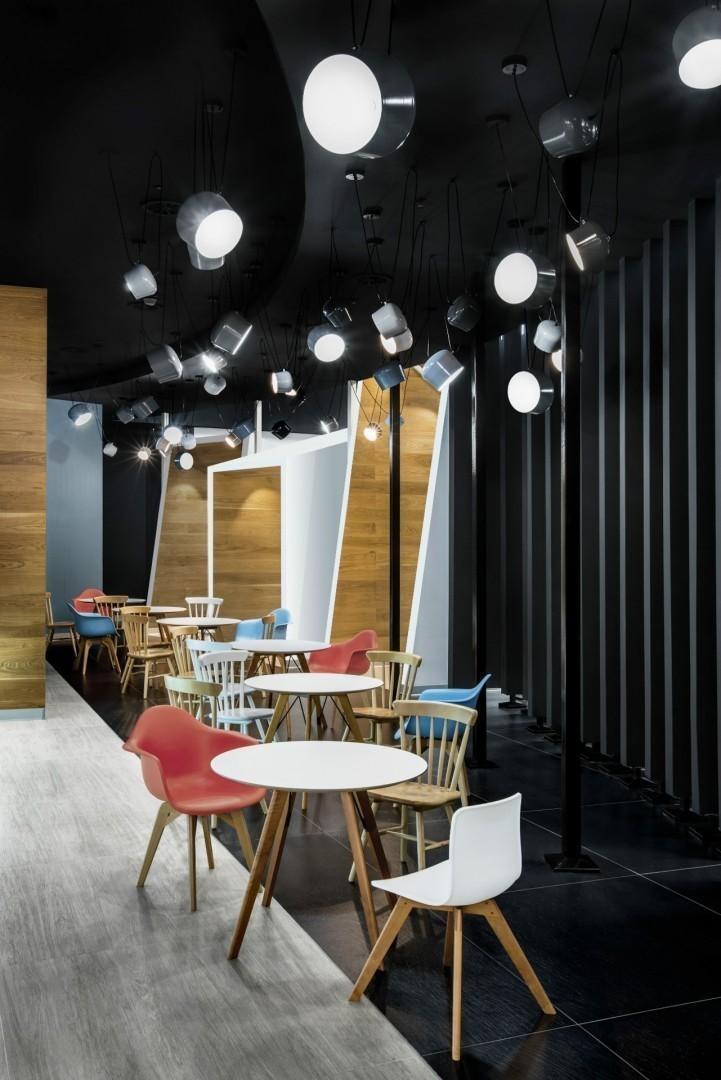 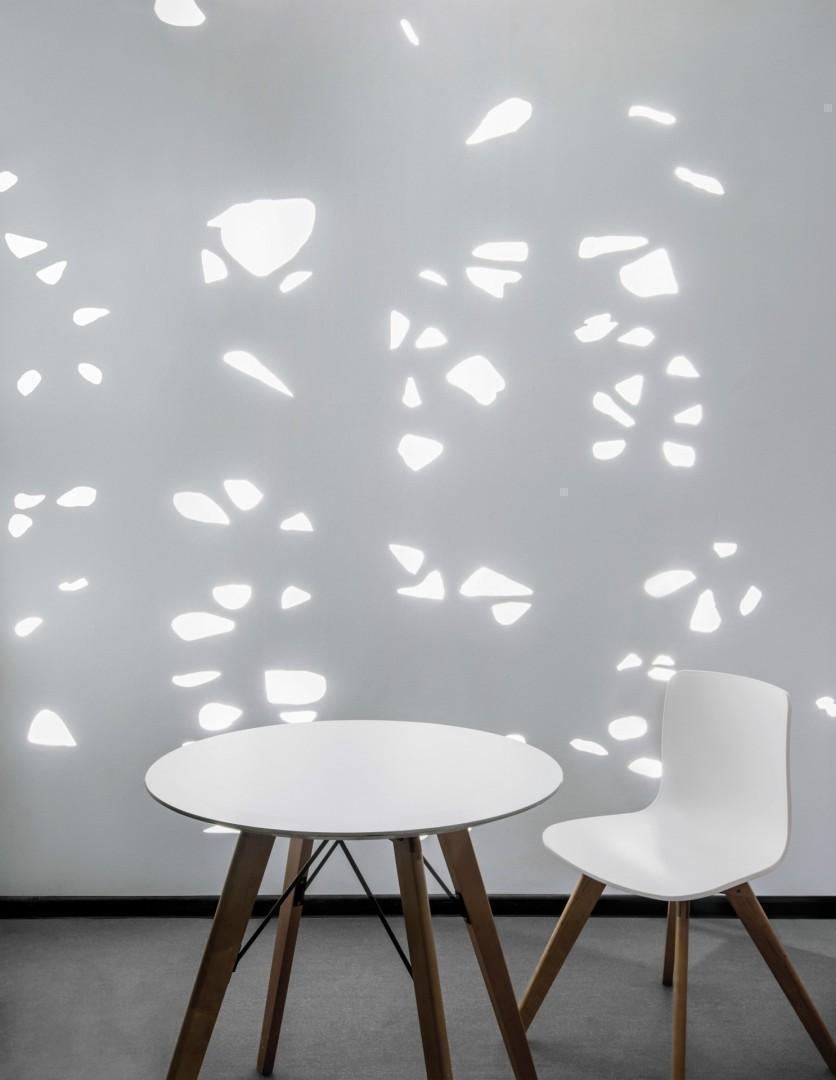 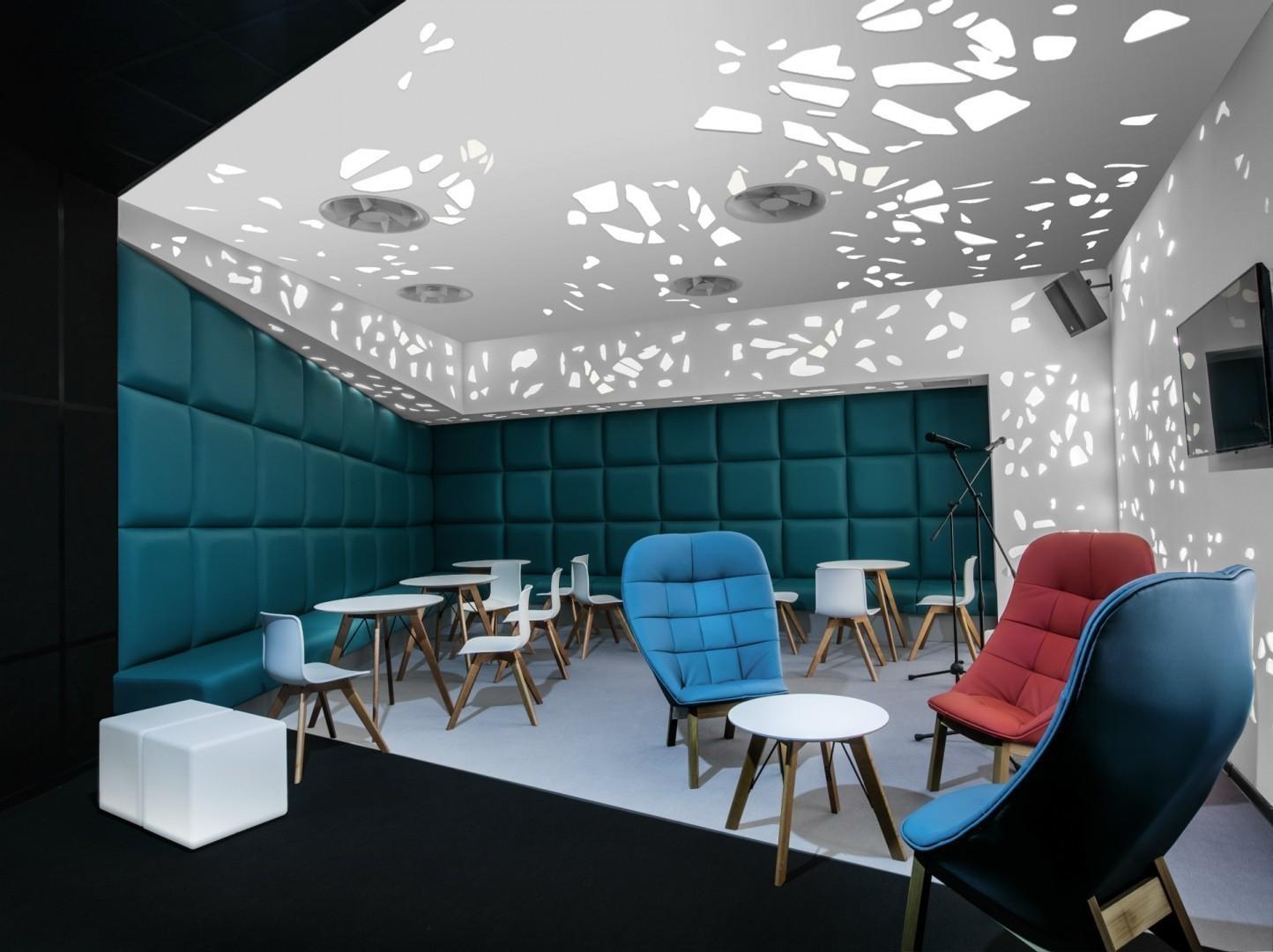